The month in… Bass 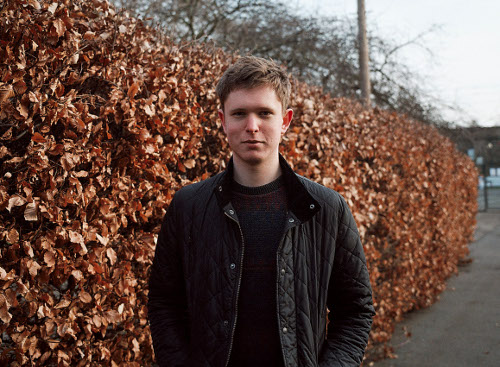 This month sees the release of two records by James Blake [above], one third of Mount Kimbie’s live line-up and one of my favourite people making music. Both are very good.

The first is a collaborative 12” with Airhead, for Tom ‘Ramp Recordings’ Kerridge’s Brainmath label. Airhead seems something pretty special in his own right – his ambient track ‘Paper Street’ appeared on Scuba’s Sub:stance mix CD, and will have a full release on Brainmath soon backed with the equally good ‘Walden’, but that’s another story.

There’s always been a slight macabre feel to the music Brainmath puts out, and Blake and Airhead launch full force into that aesthetic on ‘Pembroke’. You listen to the individual sounds, and they’re dark as anything, inhibiting a space between the barely alive and the undead; snares that sound like bones clicking and synths that sound squeezed, accordion-like, and filtered by moonlight. The vocal samples are ghoulish, and the actual rhythm of the track is lurched, like zombies walking.

‘Lock in the Lion’ has a similar loping rhythm, with those same iron lung synths. It’s almost like Blake has taken the splatterhouse synth show of his remix of ‘Stop What You’re Doing’, which was my favourite thing that he’d done until these recent releases, and refined it into a kind of ballroom music.

Following this Brainmath single is Blake’s solo debut for Hessle Audio, the Bells Sketch EP. ‘Buzzard and Kestrel’ is just as twisted as ‘Pembroke’, but in a far more subtle way: the tone here is sepia, rather than blood red, and there’s a music box melody that slowly ascends over the course of the track. The melody’s so pleasant that it’s hard to focus on anything else, but when you start to examine the track and notice those tortured vocal samples and that same skeleton dance rhythm, not to mention the malevolent sub-bass, you realise that ‘Buzzard and Kestrel’ is far from friendly. Then on the 4 minute mark, the synths really start to squeal.

‘The Bells Sketch’ itself is a lot heavier. When I interviewed Blake for FACT last year, he described his debut single ‘Air or Lack Thereof’ as simply an attempt to make “really heavy music”, but I love the way Blake’s definition of heavy translates to basslines offset by razor-sharp, dark synths that fizz like they’re overheating. The heaviness here comes through vibrancy, and Blake knows that you can’t achieve vibrancy through sub-bass alone.

‘Give a Man a Rod’ closes the EP on a nice middle ground between the last two tracks. The taut synths that are The Bells Sketch’s trademark start the EP free, darting around a horizon at daybreak, temporarily relieved from the midnight contortions they were previously forced into. As the track closes, things have reverted back to that lurching rhythm, the sub-bass starting to rise and the circuit boards starting to fizz, like this is only temporarily salvation.

These EPs capture James Blake at the point where he’s refining his style into a unique form, and you can bet the best is yet to come – most likely on his forthcoming album for R&S. What’s perhaps most special about Blake though, is the fact that music this eccentric has been accepted, without question, by the dubstep community. Dubstep gets a bad rep, mostly due to its popularity and those who’ve latched onto it, but one thing that’s always struck me about the genre is how open minded it can be.

Sometime FACT writer Joe Muggs once pointed that out, regarding people as musically unique as Burial or Shackleton enjoying hero status amongst dubstep fans, being accepted to a level that Aphex or uZiq never had a chance of reaching in the drum’n’bass scene, and it’s something that’s always stuck with me. For all the stigma that comes with the D word in 2010, at dubstep’s core it’s still one of the most community-driven, open-minded music scenes to exist in recent memory.

This, of course, could never have happened without Plastic People, the best club in London and the place where dubstep was cultivated at the FWD>> club night. The ‘keep Plastic People alive’ Facebook group currently has 14, 000 members, but the online petition, which has the most hope of actually making a difference, is at just over 4, 500 signatures. Which, if you’ll excuse the crudeness, means some of you need to step the fuck up and sign it.