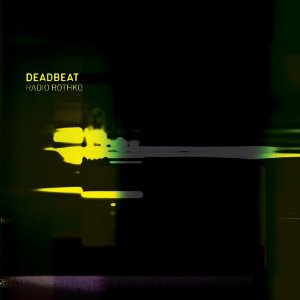 Available on: The Agriculture mix CD

Dub-techno is a strange beast. Its dogmatic reduction to the simplest of elements, and the massage and manipulation thereof, is capable of inspiring obsession among the Hard Wax pilgrims while leaving many cold. Its influence, however, is undeniable and more pronounced than ever with recent dialogues between dubstep and techno in the work of Scuba, xxxy, 2562 and the rest shaping some of the more interesting recent developments in electronic music. The perfect time then, for Montreal’s Deadbeat to provide an mix CD overview of the genre; to showcase its pioneers as well as its contemporary permutations.

As testament to the sound’s minimalist imperative, Radio Rothko begins in low key fashion with Deadbeat’s own ‘As We Conquer’ and Deepchord’s ‘Grandbend’ layering wisps of ambient sound with refracted synths as cold and translucent as frost on metal. Fittingy, it’s Basic Channel’s ‘Quadrant Dub’ that locks the groove in place, those vacillating keys and cavernous reverb – so evocative of Berlin’s empty spaces – going on to form the basic vocabulary for every record on here.

The fact that from these building blocks arise radically different interpretations is testament to the genre’s propensity towards renewal. Deadbeat has created a web of subtle mood shifts, from the metallic drum rolls of Marco Furstenburg’s ‘Site 312’ which seep into the rolling minimalism of Monolake’s ‘Static’, to the way the mix’s hypnotic ebb and flow is stemmed by 2562’s ‘Redux’.

Here that record’s crawling, stepping pace cleaves away any residual clutter of techno’s driving imperative by providing a moment of stasis, allowing the sparse clicks and chords to swim in its echo chamber. It also marks the beginning of one of Radio Rothko’s best sections, followed by the industrialised abstraction of Monolake’s ‘Sepia’ before culminating in the unreconstructed dub-reggae licks of Rhythm & Sound’s ‘Mango Drive’.

Listening to this CD, you get the impression that Deadbeat is going to great effort to craft a mix that feels dynamic in response to the almost dry, historical import that has since been loaded onto dub-techno. A sort of proof that the genre needn’t be fenced off by purists, that its immediacy shouldn’t be dulled by its opacity and depth.

The choice to end the mix with the straightforward, red-eyed Berghain whoop and punch of Deadbeat’s ‘Deep Structure’ re-establishes Rothko’s forward momentum, suggesting dub-techno’s course is long from exhausted and that its continual impact is rooted in its relevance to the here and now.