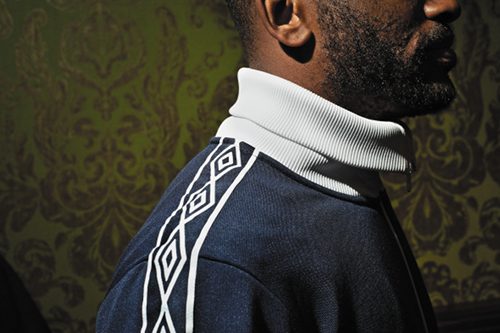 1978 was an eventful, not to mention unpredictable, year in music: disco went mainstream courtesy of The Bee Gees’ Saturday Night Fever soundtrack, the Sex Pistols played their final live show (punk was out, post-punk in) and The Cramps performed a free concert for patients of the Napa State Mental Hospital.

It was an even more unpredictable and interesting year in football, culminating in a World Cup in Argentina that ranks as one of the most iconic in history, one which has left an indelible mark on the popular imagination.

With the host nation in top form – they ended up winning the tournament, spurred on by six goals from a rampant Mario Kempes – ’78 remains one of the most competitive, colourful and inspiring footballing tournaments ever held, thanks in no small part to a glittering cast of all-time great players like Paolo Rossi, Michel Platini and Zico. Whether or not you’re old enough to have been watching live at the time, the true football fans among you will be well acquainted with the drama and dazzle that characterised this South American extravaganza.


England didn’t figure in World Cup ’78 (typical), so British hopes rested on the boys from north of the border. While they failed to qualify from their group, Scotland provided one of the tournament’s most riveting and rousing performances, achieving a heroic 3-2 victory over top seeded Holland, secured with two goals from Archie Gemmill. The second goal is regularly feted as one the greatest in history: playing a delicious one-two with Kenny Dalglish, the wee man from Paisley positively thumped the ball past Dutch keeper Jongbloed. It’s not for nothing that a, er, climaxing Renton exclaims in Trainspotting: “I haven’t felt that good since Archie Gemmill scored against Holland in 1978!” 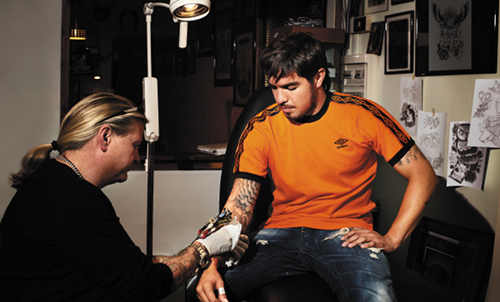 Umbro’s running diamond tape was arguably the definitive football strip design flourish of the 1970s, and nowhere was it more visible than at World Cup ’78. The Scottish navy blue shirt worn by Gemmill, Dalglish et al boasted the the Umbro white diamond taping running downing its arms, while Holland – who met Argentina in a the highly charged final at the 76,000-capacity Estadio Monumental in Buenos Aires – sported their classic orange/black combo. Argentina themselves were  their crystal blue and white.

These three legendary strips are the inspiration for a new range from Umbro 1350 called, appropriately enough, Diamond Icons. Rather than being for the football field, the Diamond Icons line is top-notch lifestyle wear, rendered in classic Umbro silhouettes with retro colour blocks and youthful styling. The original running diamond tape design is replica on the new Heritage Track Jacket, Ringer Tee and Full Zip Hoody, and referenced subtly on the Jacquard Trim Polo.

1350 is a new sportswear concept from Umbro – it’s about creating off-pitch apparel to the same exacting standards as their on-pitch creations, while referencing Umbro’s own rich design heritage. After the 90, there are still 1350 minutes to play…

To launch the new line, Umbro have decided to celebrate tattoo culture: Darren Bent and Juan Vargas, who also model the Diamond Icons range, were shot by photographer Ewan Spencer in tatoo parlours in Newcastle and Florence. Check the videos above for more.