Souls of Mischief are part of the Hieroglyphics collective that also features Del the Funkee Homosapien, and found fame on the basis of their superb ’93 Til Infinity album from 1993, which featured a classic single in the LP’s title track.

Earlier this year they returned with a new album, titled Montezuma’s Revenge and produced by Prince Paul. Now they’re teaming up with Carhatt for this limited box set edition, which features a CD copy of the album alongside limited “varsity style sew on patches”, a Souls of Mischief t-shirt and more.

Limited to 250 copies, Souls will be promoting the box set with a series of live shows and in-store appearances, including one at London’s Neal Street store at 7pm that features music from Mr Thing and more, plus free drinks provided by the Mean Time Brewery. Which you can’t really argue with.  You can check a picture of the box here: 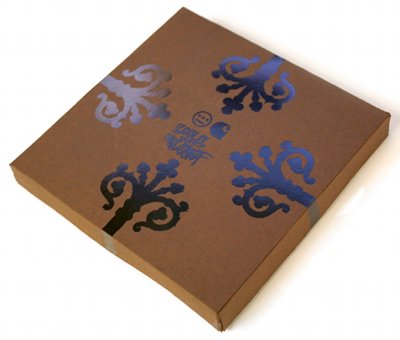 And guess what, we’ve got a copy of it to give away. Enter competitions@vinylfactory.co.uk as ever, and you’re in the draw to win one.

Souls of Mischief will be playing shows at the following dates: