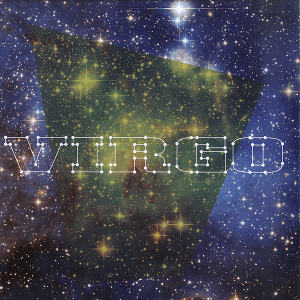 I should probably lie from the outset and tell you I first heard this record in ’89-’90, around the time I really got into Teenage Mutant Ninja Turtles (and, weirdly enough, Dick Tracy, but I don’t think anyone in their right mind talks about that now), and that even as a six-year-old I totally got where Merwyn Sanders and Eric Lewis were coming from. But the truth is that my first encounter with Virgo – the Radical Records-licensed release compiling tracks from the duo’s Do You Know Who You Are EP and ‘Ride’ single – came just under three years ago. I was riding shotgun with a colleague one summer’s evening, and he stuck a cassette in his motor’s deck. Before I even knew who it was, where it came from, what its story was – I was gobsmacked, hooked, overcome.

House geeks are so damn solemn when they talk about this magnificent record, but the important thing to realise is, you really don’t need to be steeped in dance music lore in order to appreciate Virgo‘s charms. Like all the best music it has an opacity, an immediacy to it, as well as a depth that rewards ever deeper listening.

From the moment the opening synth chords of ‘Do You Know Who You Are’ brush against your ears, you know you’re in for a listening experience like no other. In Virgo productions every element is in the right place, there’s balance, and there’s room to breathe. Oh, and my, is there groove: the obvious machine elements of the tracks cannily augmented with guitar-licks and discreet vocal wisps. ‘School Hall’ and the hi-hat-flecked ‘In A Vision’ sound so intuitively, muscle-clenchingly funky that you feel like you’ve know them all your life, while the beauty wrought when the up-down piano riffs and impressionistic synth-strings of ‘Going Thru Life’ collide is dizzying beyond belief.  In the sleevenotes for Rush Hour’s re-issue Merwyn Sanders says that the tracks were song-sketches, “unfinished in a sense”, which seems a little disingenuous but perhaps also explains the spaciousness of the music: for all the colour and animation of tracks like ‘In A Vision’ and ‘Going Thru Life’, they’re still very much dubs, and all the better for it.

The raw percussive jack of ‘Take Me Higher’ foreshadows the recent work of Omar-S, and the vocal-led ‘All The Time’ and ‘Never Want To Lose You’ are the closest Virgo comes to pure pop, but Sanders and Lewis still manage to subvert expectation, leading with louche, barely comprehensible vocals and  unexpected key-changes. The ominous, bass-driven ‘Ride’ is a kind of rippling acid techno noir, and is the least obviously 80s-produced track in the set.

The geeks say Virgo is the greatest house album of all time, and you know what? They’re right. Never has house music sounded so warm, so natural, so resonant. Rush Hour’s remastering job isn’t particularly radical, but then Virgo’s production is so crisp and fat in the first place, it doesn’t need much extra oomph. Still, unless you’re lucky enough to own mint copies of the two original Trax 12″s, this is probably the best opportunity you’ll ever have to own these tracks cut loud on pristine vinyl.

Virgo‘s deep, melancholic but drum-machine-heavy sound has a great deal in common with the best of Fingers Inc and Armando, but really it stands alone, and its cerebral but generously groovy evocation of the urban nightscape has never been matched for elegance or acuity.