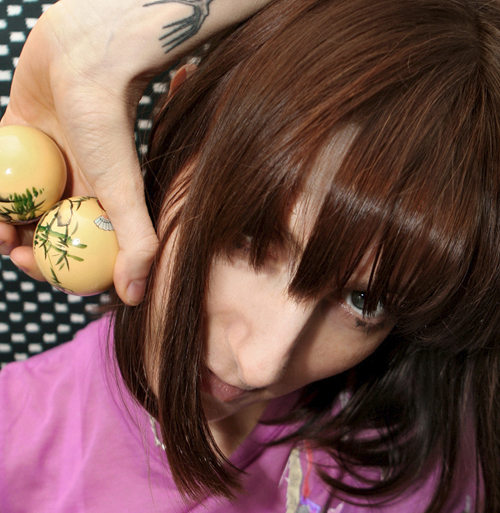 This May Bank Holiday’s edition of Eastern Electrics will feature stages curated by BLOC, mulletover and Disco Bloodbath.

BLOC, fresh from their recent flagship Weekender, bring one of Europe’s most celebrated contemporary DJs in to the secret Central London venue in Bpitch boss Ellen Allien, who’ll be loaded up with material from her new album, Dust, and if you’re lucky some fresh garms from her clothing range too – which alas, isn’t called Bstitch. Talk about a missed opportunity.

Even better, you get a live show from Shackleton – the man behind one of dubstep’s weirdest and best ever labels in Skull Disco, and an incredible live performer whose sets – much like his own productions, best showcased on last year’s Three EPs collection and seminal singles like ‘Blood on my Hands’ and his remix of Villalobos’ ‘Minimoonstar’ – are overwhelmingly heavy.

Residents Dan Beaumont, Damon Martin and Ben Pistor complete the bill, but it’s mulletover who really have our pulses racing, with a pair of great headliners in DJ Sneak and Omar-S. Andre Galluzzi, no slouch himself, and Geddes are also there.

Eastern Electrics takes place across “three unique urban locations” on the May Bank Holiday, Sunday May 2. Doors open at 9pm, and the actual venue will be announced nearer the time. Tickets are available here.