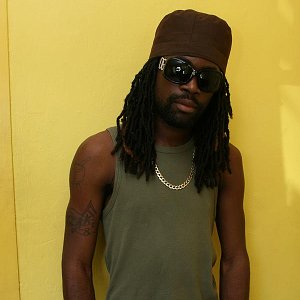 Jamaica’s music scene has been getting back to its roots over the last year or so. The gradual worldwide creep of US hip-hop and its influence on riddims like ‘Honey Comb’ or Sizzla’s ‘Ultimate Hustla’ has led to a backlash and a heightened sense of musical heritage on the island.

There have been various relicks (riddims that mimic or refix a certain sound from the past) for a while, but now seems to be the time for them, and ‘Jump Drive’ is a perfect example with cheap casio orchestra hits, marching snares and a throwback bassline. Mr Vegas takes the riddim in a perfect 80s accent with ‘Badmine People,’ turning “money” into “monay” and “yard” into “yaawd.” But Busy Signal comes close on ‘Dem Call The Police’ with his clever spin on John Wayne’s classic Sleng Teng version ‘Call The Police’.

The JA work ethic is proved yet again on this riddim with no less than three versions from Busy alone. ‘Overall’ brings the Hottedd’s resident gospel choir back into the fray while ‘From Nuh Wey’ will get a dance singing along to the gunfinger chorus. Elsewhere, dancehall veteran Degree has an ideal voice and flow for this kind of relick and ‘Wey Yu Come From’ is a driving, relentless effort that leaves little space for breath like everyone’s favourite Minister of Argument and Reasoning, Shinehead. Timeka Marshall comes with a strangely 1950s rock’n’roll version and Karl Morrison gets sweet and sickly with ‘I Miss U’, a breathy vocal that just doesn’t make the grade. Konshens and Elephant Man also disappoint with their versions, both of which are good but we know they can do better. Kirk Bennett at Kirkledove has produced a solid riddim here, and his experience as Beres Hammond’s drummer shines through with near-perfect snares and flying hats.