Nyman is one of our greatest living composers; his many achievements include an Oscar-winning score for The Piano, and for a number of Peter Greenaway films (most memorably Drowning By Numbers) and experimental works such as Decay Music (recorded for Brian Eno’s Obscure imprint). Nyman is also a renowned critic and theorist, and was the first person to use the term “minimalism” to describe the work of Steve Reich, Philip Glass et al, in his seminal book Experimental Music: Cage and Beyond.

CINE OPERA is a “21st anniversary re-imagining” of the classic 1989 Nyman album, La Traversée de Paris, that aims to showcase not just his work as composer, but also as filmmaker, photographer and artist.

Limited to 500 copies, CINE OPERA is presented in a gatefold sleeve. It’s the first time the album has been pressed on vinyl, and it features three exclusive bonus tracks as well as fine art print of Michael Nyman’s photography, hand numbered and signed by the artist, plus hand-written notes. Michael Nyman has been closely involved with every aspect of the edition’s creation.

La Traversée de Paris was first commissioned in 1989 to mark France’s bi-centennial celebrations. The original album consists of 17 pieces, each referring to a specific or generic location, historical incident, or cultural development in Paris since the time of the Revolution. Nyman has since used tracks from La Traversée de Paris in other concert, film and opera projects.

Nyman is an acclaimed photographer, publishing the Sublime collection, and has exhibited short films that have been shown at galleries including Tate Modern and MOMA. It was while on his travels in Mexico City that he discovered the Teatro Cine Opera, a beautiful cinema that has fallen into disrepair, and which gives this project its title. More information here. 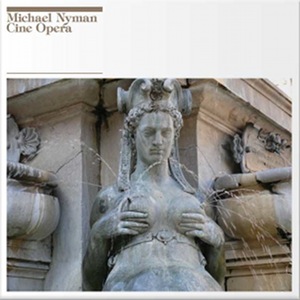