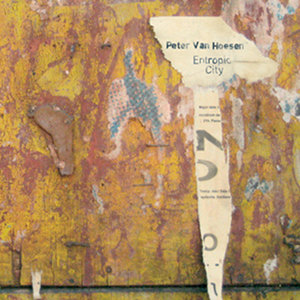 Available on: Time to Express LP

To paraphrase Blake Baxter and Abe Duque, “minimal…what the fuck happened?”. Where has it all gone to? A couple of short years ago, we were drowning in plinks and plonks and elegantly designed 12”s on boutique labels. Now, walk into the hipper record shops, or read the cutting-edge web writing, and it’s all about deep house (presented, it should be said, in elegantly designed 12”s on boutique labels). Put it this way, did you hear or read anything about the last Poker Flat release? I’m guessing not – but a few years ago, were you inclined to keep up with techno and house, then you almost certainly would have.

It’s been a sudden and brutal backlash, and it’s all a bit unsavoury. Did we suddenly see that the emperor had no clothes? Nah, not really. People just got bored, moved on, started hyping something else. But once the dust settles, and we begin wading through the mountain of music put out in minimal’s heyday, releases that came so thick and fast it was difficult to really appraise them, I predict that the middle and late years of the 2000s will be seen as one of the golden ages of electronic music. Sure, there was a lot of shit, but the broad church of ‘minimal’ contains a vast wealth of great, alien music, waiting to be re-discovered and given a proper hearing.

Records such as Belgian producer Peter Van Hoesen’s Entropic City are testament to the creativity within contemporary minimal techno, and a powerful counterargument to the recent backlash. Michael Mayer recently said that Kompakt is an attempt to find individual expression within the parameters and rules of techno; the same could be said for Entropic City. Van Hoesen adheres rigidly to certain rules – the relentless 4/4 pulse, obviously, but also the stereotypical clicks, whirrs and rubbery synths of much minimal techno. However, he stretches some rules, and just plain breaks others – dipping way below the standard tempo and into a doomy, industrial crawl on the opening tracks, and in contrast to much minimal’s obsessive cleaniness, revelling in noise and dirt through out. Basslines tear themselves apart as they’re pushed into the red, the beats crunching like glass underfoot. ‘Republic’ sounds huge and broken, a crushed city dragged itself back up from the floor.

As with Pan Sonic, and particularly Mika Vanio’s work on Sahko, Entropic City seems to connect with some older, pre-technological view of electricity – as a primal, unfathomable force, something fierce and untameable. Van Hoesen’s tracks crackle and spark together, as if they’ve been pulled beyond human control.

All this makes for a pretty relentlessly monochrome album, mind. It’s as grey and imposing as a brutalist tower block. But this refusal to lighten up and play nice makes for some of the records most thrilling moments – most notably the sinewy future-acid of ‘Strip It, Boost It’, and the mighty ‘Quartz #1’ which throws growling, feral electrics at an old-fashioned heads-down stomp. While some parts of the record (particularly where it wanders into metallic dubby techno the likes of which we’ve heard a thousand times) aren’t quite as engaging as all that, for the most part this is emphatically not background wallpaper. Minimal was always more than that, and don’t let anyone tell you otherwise.