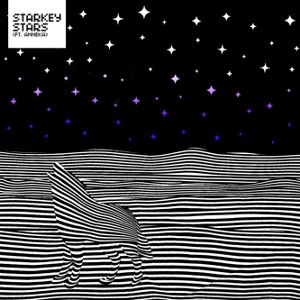 Starkey’s best known for his twisted American interpretation of grime’s vibrant, unpredictable bottom-end science, but for me it’s his more etheral moments that stick in the mind longest; tracks like ‘Crippling’ from last year’s Starkbass mixtape, and ‘Miracles’ from debut album Ephemeral Exhibits.

New single ‘Stars’ is Starkey’s most explicit attempt to make a pop ballad yet, and complete with vocals from Brighton’s Anneka, also his most realised. The track’s foundation is quite complex, with micro-scribbles of colour overlapping each other like fireflies, but they’re low down in the mix, with chalky chords and slowly quivering synths complementing Anneka’s moon-lit vocals. Slugabed cuts up and crunks out ‘Stars’ on his remix, but he wisely keeps the most memorable elements of the track the same.