Claro Intelecto: ‘Back in the Day’ 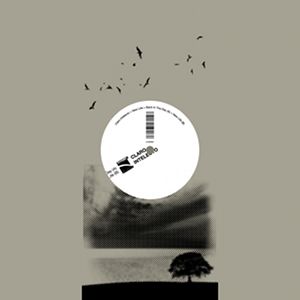 Manchester imprint Modern Love strikes deep yet again with a slice of sharp, cerebral techno. The label’s last few releases, from Claro Intelecto and Andy Stott, focused on broad and opaque brushstrokes, pounding away relentlessly from some bottomless chasm. The last Modern Love 12″ was a one-sided Andy Stott track, the mind-bending ‘Night Jewel’ that felt like it was constantly building on itself but never quite reaching its destination, and Claro Intelecto’s New Life EP feels like a variation on that theme, abstract house tracks that stubbornly remain stationary, repeatedly deconstructing themselves to their most basic structure with abandon.

A-side ‘Back In The Day’ is a backhanded banger, Claro taking its main riff and spinning it recklessly like a top, laying the dizzily decaying melody out to spill over the edges of the beat. It’s occasionally supported by an intermittent house beat, dropping in and out – no matter what elements and sounds Claro throws at the track, they seem to stick for a few seconds and slowly start to trickle down the smooth, shiny surface.  You could call it dub-techno done in a late ’80s style, or ancient deep house warped beyond recognition.

‘New Life’ is slightly more straightforward, sailing on hollow percussion; a solid backbone in sharp contrast to the shaky foundations of the A-side. Snatches of melody float in like accidental radio transmissions, incomplete and without resolution, disappearing at touch like shimmering oases. When the illusion does dissipate, we’re left with killer stretches of refined house bliss: kicks, elastic chords, and a bassline that tunnels deep into oblivion before the illusory blankets of sound come to haunt the track again. It’s a memorable, arresting twelve that keeps both Claro Intelecto and Modern Love on absolute top form.