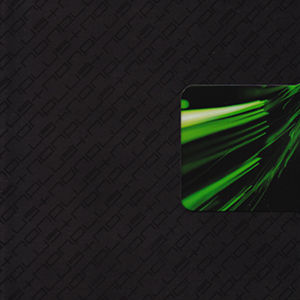 ‘Machine and Voice’
Available on: Nonplus 12″

Actress is one of the most singular techno (or whatever similarly lacking term you’d prefer) producers active today, with a sound that absorbs so many obvious hallmarks and still sounds one of a kind: his music is soaked in nostalgia for a time that never really existed, and refuses to make any concessions to established trends. There’s a price for this kind of brilliance though: for all the glory of his woozy productions, Darren Cunningham is not exactly a prolific artist, which is understandable considering the immensity of the small body of work he’s amassed. It’s a little surprising, then, to learn of a new EP just as his new album Splazsh on Honest Jon’s is announced; even more so because of its home on Instra:mental’s fearless Nonplus label.

Perhaps sensing the more metallic, dnb-influenced style of the Nonplus catalogue past and forthcoming, Actress hands over three tracks that are obtuse even for him, coldly mechanical where past work has been cold but still inexorably human. Opener ‘Machine & Voice’ appropriates trebly squalls of funk, time-shifted and squeezed into concentrated rays of rattling grind that seem as if they refract and expand in some pattern indiscernible by the human mind, holes poked by vocal snippets and dainty 808s. Far from being lightweight, the track carries enormous swagger (indeed, it could easily be a hip-hop instrumental at a slower tempo), so much so that when that massive, whining synth breaks out in the middle it sounds like the track is about to topple over until the pressure breaks and the funk squalls morph into abrasive drills. Cunningham stays as cool-headed as ever while making sense of the maelstrom, his genius made only more transcendent in the face of sandpapery chaos. The title ‘Machine & Voice’ is apt, Actress audibly wrestling with what he’s created throughout the track in a thrilling dialogue between man and machine. Finally, he pulls the plug: no proper ending, no fade, just abrupt silence. He’s not cruel enough to end it mid-beat, that would be random, and nothing about Actress is random.

The other two tracks tread shorter paths but by no means do they tread lightly – in fact, ‘Loomin’’ is easily the best, even at a scant two-and-a-half minutes.  Leviathan drums swallow the track whole, eclipsing the same prickly tendrils that dominated ‘Machine and Voice’, and their heft proves that even in bass music, bass isn’t always the focal point. Sirens wail mournfully, acting as real arbiters of dread, loss, and fear rather than the more typical association with peak-time decadence and humour, and they’re reinforced by penetrating rumbles that reverse recent dubstep’s obsession with manufactured horror and excess. Uneasiness envelops ‘Loomin’’ in a thick cloud of ash where the only things tangible are the foreboding sirens; a near-hopeless world in which the idea of reality setting in is worse than any conceivable imagined fate.

‘Und U Boat’ builds on the hip-hop potential of ‘Machine & Voice’, staggering drunkenly and laboriously. But as the title – evidently key when it comes to Actress – suggests, it’s steeped in loneliness, like being stuck on an unfamiliar deserted boat. The human voices of ‘Machine & Voice’ are mostly replaced by a somnambulant synth line, the sound of unfettered resignation and misery. But as always, there’s beauty in misery, and if anyone’s going to find it, Darren Cunningham will. These stark, oxygen-deprived productions leave little room for even the possibility of humanity, which explains why every little bit of the human present in these productions feels so devastatingly vital – and why I keep coming back to it again and again to experience that same tingly feeling of improbable, forbidden discovery. 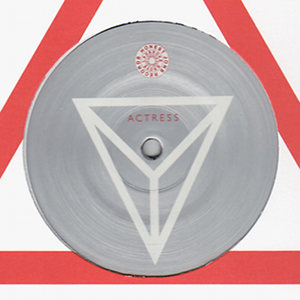 The weird huffing bass, clattering percussion and burbling syths of ‘Paint, Straw and Bubbles’ seem utterly disconnected from anything else around right now. It’s testament to the track’s sheer what-the-fuckness that Zomby’s remix, which sounds like Poseidon exhaling over a busy bashment stomp, seems a fairly ordinary club track by comparison.

The chiptune meets cold wave of ‘Maze’ is rave heartbreak incarnate. It’s like watching the person you want to go home with leaving with someone else. Right now you’re too fucked to care, but you know it’ll hurt in the morning.

‘Paint, Straw and Bubbles’ is to bass music in 2010 what Ricardo Villalobos’ ‘Fizheuer Zieheuer’ was to techno in 2006. It sounds like a transmission from another planet.

All players take note: the goalposts have just been moved.