A lot of good music came out of New York’s early 80s downtown scene and its collapsing of the boundary between “high” and “low” art forms. But no one record embodies the spirit of that time and place quite so well as Glenn Branca‘s The Ascension.

As FACT contributor Woebot once put it, The Ascension found Branca “taking to its logical (surgical?) extension the idea that rock could aspire to the bombastic heights of classical music.” Freeing the electric energy of rock from its imprisonment in conventional pop-song structure and harmonics, emphasising drone and dissonance, Branca paved the way for the likes of Sonic Youth (that band’s Thurston Moore played with him on several early occasions, while Lee Ranaldo actually contributes to The Ascension). In subsequent years Branca’s later work become more formally experimental and in some ways more remote, whereas The Ascension still sounds – and always did sound – uncommonly vigorous and immediate.

Originally released in 1981 by 99 Records, this month The Ascension is reissued in fine style by Fortissimo Records. Limited to 1000 copies, it’s pressed on white vinyl and features the original iconic artwork by Robert Longo, which recently inspired the sleeve concept for LCD Soundsystem’s new LP, This Is Happening.

The Ascension is avant-rock in the truest sense of the term, and an essential listen for all. 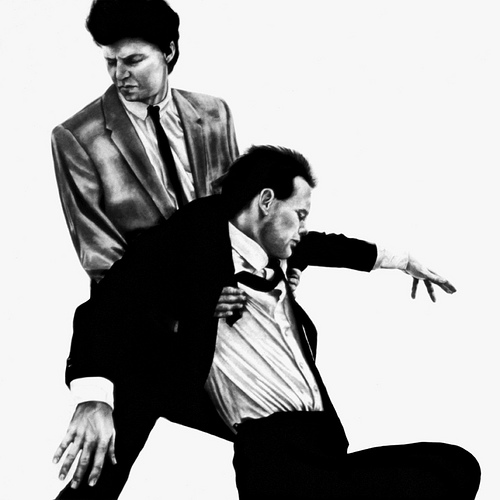 Tracklist:
1. Lesson No.2
2. The Spectacular Commodity (for Eiko and Koma)
3. Structure
4. Light Field (In Consonance)
5. The Ascension