Mujava and more in Ayobaness! – The Sound of South African House 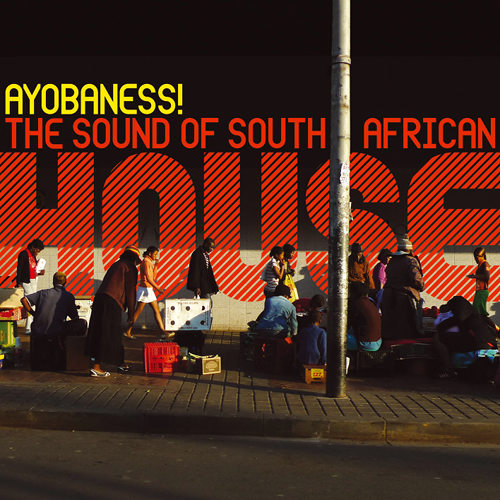 Kwaito and other strands of South African house have been seeping into the UK’s dance music culture for a while now – most obviously with Mujava’s worldwide hit ‘Township Funk’, but also in the sets of LV, Jam City, Slackk, Bok Bok & L-Vis 1990 and more. Ayobaness! features many of the premier artists involved in this sound, and is timed to tie in with the 2010 FIFA World Cup, which will obviously be taking place in South Africa this summer. Over to the press release:

“‘Ayoba’ is a catch phrase born in South Africa’s townships that is used to express excitement. Right now South Africa is excited and there are shouts of ‘Ayoba’ everywhere: in June and July millions of football fans worldwide will be turning their eyes on the rainbow nation for the 2010 FIFA World Cup. If you are looking for a soundtrack to the World Cup that captures the vibe of South Africa’s youth culture then look no further than Ayobaness!  – The Sound of South African House, the first and ultimate introduction to the vibrant house music scene of South Africa featuring the latest club tunes, the biggest and most influential artists as well as names currently buzzing on the underground.

“Think of house music and the first cities that come to mind are probably Chicago, Detroit, Miami, New York City … but right now possibly the most house music obsessed places in the world can be found in the cities of South Africa, such as Johannesburg and Durban.

“South African DJs started playing Chicago house in the 80s and were selling mixes out of their car boots. By the time apartheid finally came to an end in 1994, the South African township youths had created their own club music called kwaito. In the early days, kwaito was not much more than slowed-down house beats overlain with raps in Zulu, Xhosa and broken township English. Soon kwaito became the soundtrack for celebrating a free South Africa and catalysed the rebirth of a new black entertainment industry.

“Even throughout the kwaito boom, house music was always around.  DJs started to fuse and produce their own local version adding uniquely South African sounds from kwaito vibes, Zulu Mbaqanga basslines to Hugh Masekela samples, and local house duos like Revolution or BOP were instant chart breakers. With the kwaito craze somewhat fading in recent years, house has again taken the lead as SA’s number 1 party music and the heartbeat of urban SA music. Today South Africa is the only country on the continent that has its unique local house culture. It is also the only country in Africa where kids dream of being a DJ or a producer – not a singer.

“The title track is the smash hit ‘Ayobaness’ by the “South African President of Youth Culture”, also known as “His royal Ayobaness”, Pastor Mbhobho, a somewhat crazy priest sporting a huge afro and wearing lots of bling bling.”

Consider us very much intrigued. Ayobaness! will be released via Out Here on May 10, in CD format (with 20 page booklet) and digital.