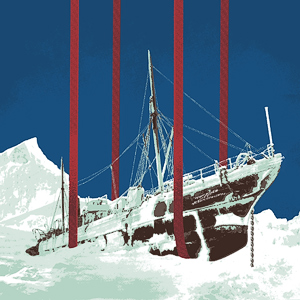 “Nothing is wasted, and life is worth living / heaven is nowhere, just look to the stars.”

Pop music is best when it consists of universal, unverifiable platitudes, neither right nor wrong, just beautiful. And those, my friends, are some pretty platitudinous lyrics. So you know it’s going to be good. And Hot Chip have so mastered production techniques which highlight Alexis Taylor’s voice that it’s hard to imagine them producing anything that doesn’t take your breath away.

Early Hot Chip were great because of the juxtaposition between the voices of Alexis and Joe. The former serene and ethereal, the latter a broken croak, almost Will Oldham-esque (incidentally, a Bonnie “Prince” Billy cover of the song is a B-side). One voice would call, the other respond, and the world would be in perfect harmony.

‘I Feel Better’ relegates Joe to AutoTune during the verses, at times sounding like a parody, with drawn-out, slippery lyrics. Then Alexis sails in with a chorus opening, “I only want one night”, and washes Joe off the table. Like all Hot Chip choruses, it is lengthy and serene and, as it approaches the last few lyrics, you begin to panic, just not wanting it to end. Then Alexis sings some wobbled “ahhs” and a steady beat snaps into the song, and we’re back in AutoTune country. But this time it’s not so purgatorial. After the chorus, the verse makes sense. The old Hot Chip duel-play is back, each vocalist enhancing the other’s performance. Joe here sounds like he’s introducing Alexis’s re-entry to the song, not interrupted by it.

The chorus itself is vast, consisting of two parts, which towards the end splice into one another, with “I only want one night” floating on top of “nothing is wasted”. Synthetic violins endlessly circle round, in regular, dutiful appreciation of the vocals which hang over them. The chorus is at times oppressively busy by Hot Chip standards: it’s a swell of emotion which comes gushing out all at once, after the passivity of the verses. But the message of the chorus is far from panicked, the sentiment being that the moment, the present, is perfect, and irreplaceable; what pop should be.

“Everything’s nothing, and nothing is our-oh-oh-ours.” Just bliss.