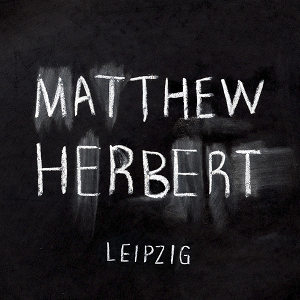 2010 sees Matthew Herbert re-enter the musical fray with not one but a whole trilogy of albums to add to his already illustrious ouevre. One One is the first and sees the audio auteur giving up his usual collection of samples and widescreen orchestration in favour of low-waisted electronica and an instrument many will have never heard before – his voice.

‘Leipzig’ is the first single to be culled from One One, and the results of Herbert stepping out of the shadows and into the spotlight – mic in one hand and a glass of wine in the other – and surprising. A lackadaisical jazz-tinged groove is the soundtrack to a tall tale of sharing little pills and “bags of sparks” in London clubs, suggesting that even a sonic scientist knows how to let his hair down and enjoy a good binge. Herbert’s delicate croon stands exposed, atop what’s arguably the strongest – and certainly the loudest – tune on One One, soundtracking a day in the life of a single man.

With the next instalments of the One trilogy built around samples taken from a DJ set in a techno club in Frankfurt and the life and death of his pig, 2010 is only going to get stranger for Herbert. After all this time, he’s still got it in him to surprise.