The family of Guru have released a statement following the legendary rapper’s death earlier this week.

It doesn’t directly address speculation surrounding the letter Guru supposedly wrote from his death bed regarding his relationship with DJ Premier, his former partner in Gang Starr, but it does confirm that Guru was in a coma from mid-February and never regained consciousness, meaning said letter would have to date back to the first month and a half of this year.

It also confirms that an all-inclusive memorial event is planned. The full statement can be read below: 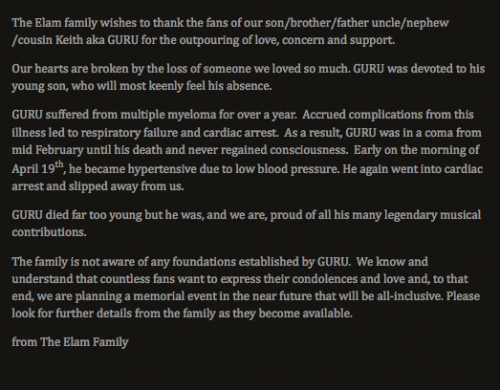