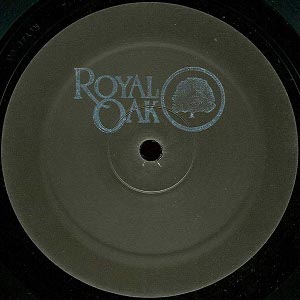 The title track of the new EP sounds like music for cruising around the cloud city in The Empire Strikes Back: propulsive yet airy, with swathes of cosmic synths underpinned by a chassis of interlocking  squelches and 808 beats. SDC’s great skill is his ability to cram his tracks with detail while still leaving acres of space. That and picking the perfect moment to drop a panther-on-the-prowl bassline that should rock any discerning dancefloor.

Kyle Hall’s I’m Only Breathing Remix of ‘J2CTOTUS’ is more clipped and minimal. That is until the brief and unexpected appearance of a jazz-tinged maximal synth line that recalls the comet’s trail guitar solo of the Isley Brothers’ ‘Summer Breeze’ both in mood and timbre.

On the flip side, two more SDC productions mark him out as a cut above the average techno producer. First up, ‘BBD Alignment’, a stripped and melancholic tune that builds slowly, making excellent use of reverb, before the bassline and kick drum drop at just the right moment. The track then proceeds to disappear into a dubbed-out haze, like cosmic dust obscuring the view of a planet receding in the distance. ‘Cosmo30 TravelDuration’ meanwhile is built around two distinct but equally funky synth lines, interspersed with what sounds like a heavily processed flight call or boarding announcement. A delicious fusion of Herbie Hancock, Carl Craig and Funkineven (with just a hint of the Rah Band).

For digital consumers there is also a bonus track, the aptly named ‘Fluorescent Trails’. For my money an invigorating combination of jazz-funk keys, acid house bass, Detroit beats and cosmic vocoder make this the best of the bunch. All in all an essential purchase.