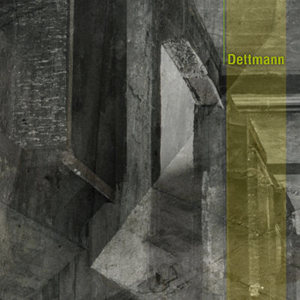 Marcel Dettman, one of the foremost techno DJs and producers at the foremost techno club in the genre’s foremost city, is releasing an LP.  It’s probably reading too much into it – it’s hard not to – but this feels like the ultimate seal of (re)approval on the idea of the album. After a wondrous LP from resident eccentric Shed, a rather tracky affair from Ben Klock, and an exhausting sweaty mess from Planetary Assault Systems, Ostgut’s latest album-length adventure is its best yet, and its presence in 2010 is just one more prominent release in a deluge of surprising albums; even Sandwell District, mysteriously purist label that they are, are slated for an LP release or two. Like some of the other “important” album releases this year, it’s a resounding success where so many others have failed, the German techno guru wisely tempering his sound for the home-listening format. Dettmann seems exactly the kind of producer who would flounder at this sort of thing, considering that his discography consists of purely functional twelves and EPs all varying degrees of chiseled, marbled greys. Who would have guessed he had this in him?

That being said, the man is renowned for his fantastic sets, and his Berghain mix CD is probably the best such release of the last few years, so he knows a thing or two about sequencing and development.  It would be reductive to say he merely approached this album as a live set, but at any rate it’s an unmixed set of exclusives that flows as well as any finely-crafted mix.  As for what they actually sound like, there’s not much precedent outside of the simplest blueprints of the Berghain “sound”. Nothing like his MDR output, the closest thing I can hearken back to his is solo 2006 release on Ostgut (the crackling ‘Quicksand’), but even then only because of its relative accessibility. It quickly becomes apparent that the songs on Dettmann surge with momentum and palpable motion where his previous material tended to churn and spin its wheels in a decadently stationary fashion. ‘Argon’ cycles unpredictably with imperfect circles thrown against the ground, ‘Motive’ perpetually tunnels downward deeper and deeper into unseen caverns of hedonistic darkness, ‘Irritant’ rushes and tumbles its way to an impossible destination, ‘Captivate’ boomerangs rapidly enough to cause whiplash, and ‘Screen’ rises to the stratosphere agonizing centimetre by agonizing centimetre, stopping for a brief, horizontally-minded plateau before resuming its painful ascent.

Elsewhere, when Dettmann isn’t kicking up a storm, his brooding ruminations prove more engaging than ever. The Four Tet-like ‘Drawing’ repeats a single clipped chord sequence, washing over the track and returning back in woozy snippets until the back-and-forth becomes one solid mass of rippling frequencies, and he dons his house outfit for ‘Reticle’, the track’s unobtrusive thrum occasionally overwhelmed by the tiny crackles that lurk underneath. But for all the introspective living-room jams, there are peak time anthems here; Dettmann’s hardly gone and made an ambient record. ‘Silex’ builds to an explosive sprint, its ferocious throttling bass rattling the walls as the kick beckons the ceiling to fall with ominous vibrations. But it’s ‘Viscous’, perfectly placed as the final track before the barely-there outro, that really gets things going. There’s absolutely nothing subtle about ‘Viscous’, as its hypnotic jagged chords unfurl themselves laboriously and swallow the track whole; every sound tough, thick, and immovable. Flaunting his sequencing foresight, the track is preceded by the airy ‘Home’, whose hissing, gaseous atmosphere provides some needed breathing room before ‘Viscous’ compresses every last bit of air and space into one gigantic weight against your skull.

If you’re a particularly picky or jaded listener, Dettmann is not a groundbreaking album, but it’s definitely a great one. Not much is radically outside the boundaries of his past releases, variations on a theme rather than bold new frontiers. But who said sticking to your guns was ever a bad thing? There are no failed experiments (I’m looking at you, ‘Gold Rush’) or uncomfortably obligatory genre showcases; there’s nothing but true techno music in the distinct Berghain / Ostgut-Ton style. Where Shed felt the need to elucidate this himself right in the middle of his own album [in the form of a slightly dodgy spoken word segment to boot – Ed], personality is conspicuously absent from this record, as Dettmann wisely lets the music speak for itself. Dettmann is a record that works just as well on headphones as it does on a loud stereo, and its initial unfriendliness quickly fades away as the brushing, rolling, and rattling noises wash over you as loud as you can possibly stand. Adapting his sound for home-listening subtly rather than radically, he nails nearly every aspect of the idealized album experience with an enviable grasp of flow and release, toning things down while avoiding fatal cocktail party vibes.

With his debut album, Marcel Dettmann effectively seals “minimal” as we know it into its spartan coffin, because in his world there’s no more microhouse, no more mnml, no more “boring tech-house for elevators,” there’s only techno. Welcome to the renaissance.