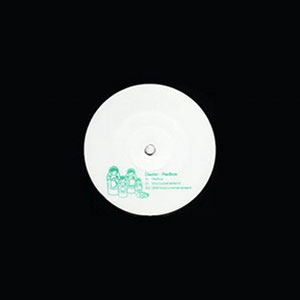 It’s a while since I’ve taken notice of Dexter, though not through any great fault of his.

Following the release in 2000 of his hugely successful debut ‘I Don’t Care’ – a fizzing electro jam that won the hearts and minds of dancefloors as much for its sentiment as its estimable sonic alchemy  – the Dutch producer, real name Remy Verheijen, fell off the radar somewhat. Not the most prolific of music-makers – I count only nine original 12″s under the Dexter name in as many years – Verheijen failed to sustain the interest of the world outside his core fanbase, despite sporadic killer cuts like 2004’s ‘Raw!’

So imagine my surprise that one of the first real “buzz” techno records of 2010 is by Dexter, produced in collaboration with Steffi, with whom he co-founded the Klakson imprint way back when. On first inspection A-side ‘Redbox’ comes across as workaday flexing techno, but there’s much more going on than first meets the ear: the crunching chords have an untrackable shimmy and shift about them, and there’s an oh-so-Dutch bulbousness to all the drums and bottom-end sounds. It’s not the most memorable track, but it will do the business in the mix.

The real draw of this EP is ‘1992’, though, which appears in both vocal and instrumental versions (not that there’s a massive amount to distinguish between them). It’s like a Kevin Saunderson track that never was – Reese bassline integrating an ultra-simple, ultra-effective rave motif and sunk into pressurized claps, live-sounding snares and haywire hi-hats that hints at the wild box energy of the very best KMS and E-Dancer productions. What makes Panoramabar resident Steffi one of the most entertaining house DJs around is her understanding of the need for basslines to move and to have melody – an understanding she’s been bringing to her new productions for Ostgut-Ton, and here on ‘1992’. Combined with Dexter’s tight grip on arrangement and willingness to deploy shamelessly giddy breakdowns, that propensity for funk yields strong results – none of them particularly new, mind, but a good deal less boring than most techno out there right now.