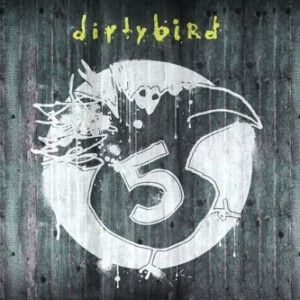 Is any label worthy of a 3-CD compilation after only five years in existence? Almost certainly not, although that hasn’t stopped pioneering San Francisco tech-house/tech funk imprint dirtybird from marking its fifth anniversary with just such a collection. In dirtybird’s defence, this collection has been intelligently divided along chronological lines, with one disc from “the past” (greatest hits/best known tracks), one from “the present” (a Justin Martin dirtybird megamix) and one from “the future” (new tracks selected by the label’s biggest name, Claude VonStroke).

More than anything, it is VonStroke’s monster releases from 2005/6 – ‘Deep Throat’ and ‘The Whistler’ / ‘Who’s Afraid of Detroit?’ – that have elevated the dirtybird crew from their inauspicious beginnings throwing free parties to seven people in SF to current global DJ/producer celebrity status. As well as being outstanding tracks in their own right, this trio of VonStroke bombs stand as a microcosm of the dirtybird sound and ethos: tight 4/4 production, a strong melodic sensibility and an element of the unpredictable (e.g. the throat noise percussion in ‘Deep Throat’).

Newer tracks such as the ‘Grace’ remix or the Latin-leaning numbers on the “future” CD (such as VonStroke’s marimba-heavy ‘Twang Chung’, and Edu K’s ‘Dos Gusanos’) suggest dirtybird is continuing to evolve as a label while continuing to deliver for the dancefloor. It certainly wouldn’t be far-fetched to expect a 10th anniversary celebration come 2015.