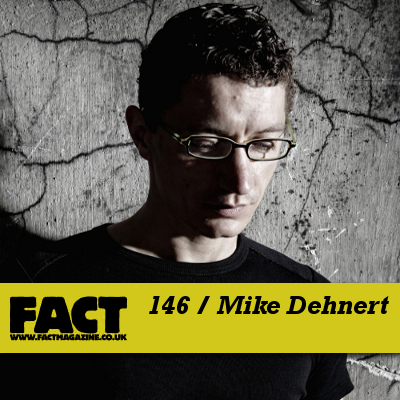 FACT mix 146 is a blistering live set from one of techno’s deadliest operators, Mike Dehnert.

The set was recorded last month at Berghain, just one of the clubs that Dehnert razes to the ground on a regular basis. With a sleek but muscular sound, bass-rooted and with unbelievable flex and skip to its rhythms, there’s something wonderfully urgent and essential about Dehnert’s tracks – not a single note or drum-hit is wasted. Though the lurching syncopations might at times make you think of dubstep and garage, fundamentally we never deviate from the main business of  industrial-burnished and tunnelistic techno. It’s serious stuff, for sure, but it’s totally ecstatic to boot.

Berlin-based Dehnert has been releasing music under his own name since 2007, chiefly via his own Fachwerk imprint. Fachwerk has become one of the most trusted techno labels there is, always delivering the club-coshing goods, and acting primarily as a showcase for Dehnert’s productions but also thosae of Sascha Rydell and Roman Lindau. Dehnert has also recently been enjoying an association with Rotterdam’s Clone Records, releasing the ‘Umlaut 2’ 12″ last year on Clone Basement Series (b/w Levon Vincent’s remix, one of 2009’s biggest club tracks), and with another coming imminently. Oh, and then there’s MD2, his ultra-limited white  label (or, more accurately, red label) series, the first instalment of which dropped earlier this year, and the second of which is due out this month.  As if that there’s not enough, further 12″s in the next couple of months are promised on Echochord and Fachwerk, and a  2×12″ Fachwerk album is planned for a little later in the year. 2010 is going to a be a big one for this industrious and humble hero of the underground.

Taken from a genuine live set (as opposed to the kind of chancer’s “live” set that’s so common these days), performed with on-the-fly modulation and arrangement and with noticeable breaks between tracks, this 30-minute cut is a perfect introduction to Dehnert’s power and prowess, and a pleasing affirmation for those who already know it well.  Listen loud and listen well.