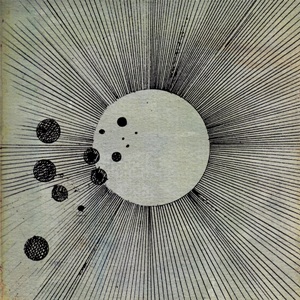 Flying Lotus returns to Warp for Cosmogramma, his third album in four years and the second for the UK-based label. By far his most ambitious release to date, Cosmogramma comes with a hype train of impressive size when you consider the producer’s young age, his discography and the fact that this is an experimental hip-hop/electronic album without the kind of obvious mainstream appeal one may expect from the talk that surrounds it.

Of course the hype is what it is, and the music should, and does, speak for itself. However, after nearly a month with the album I’ve found it incredibly hard to disassociate the music from the hype, as everyone from the most obscure bloggers to British broadsheets like the Sunday Times claims Cosmogramma to be, in some cases literally, next level. The album hasn’t yet dropped at the time of writing this review, and it’s already making more noise than his first Warp album, Los Angeles, which helped propel Lotus to worldwide fame well past the L.A underground hip-hop circles that birthed him.

Leaving the hype aside for a moment, Cosmogramma is, as I said, an ambitious album, a work of cosmic proportions as hinted by the title and in recent interviews by Lotus himself. Where his previous outings touched on similar sonic elements to Cosmogramma, they stayed firmly grounded in Ellison’s hip-hop roots. Cosmogramma however shuns any attempt at classification and goes all over the place taking in hip-hop, jazz, pop, disco and more, and adding human elements, in the form of harp, bass guitar, vocals and string arrangements, to Lotus’ computer-based production method. The result is a rather heady brew, one which left me, and others I know, confused at first. It’s not an easy listen, unlike some of his previous releases, but it rewards repeated listens and I found myself hearing things I previously hadn’t and understanding what I assume is Lotus’ message after my fifth or sixth listen through.

My original promo copy was a one track version of the album, and someone mentioned to me that this is how Lotus had intended for it to be listened to apparently. Which makes a lot of sense. As a single, mixed, track Cosmogramma is a ride through sounds, rhythms and ideas in the same vein as other experimental works by people like Squarepusher or Sun Ra, to name-check two who seem to be sonically referenced on Cosmogramma. This one track approach forces you to listen to everything, take it all in and see the bigger picture, which is always going to be different for everyone.

At the same time there are many tracks that taken alone are outstanding. ‘Nose Art’ is the first one, a dubby, headnod-inducing production that slowly lurches along in typical Flying Lotus style, all slightly loose drums and rough melodies. Then you have the Thom Yorke featuring ‘…And The World Laughs With You’, the track with the most pop potential considering the presence of the Radiohead front man. Yorke’s pleading voice is looped over a production that manages to echo the vocal’s “lamenting” style while still sounding upbeat in its own strange way. Sort of like spatial pop if we keep the cosmic theme going. But it’s ‘Mmmhmmm’ featuring bass player Thundercat that has the most “real” pop appeal for me, with another looped vocal calling people to “be who you are” over a downtempo, melancholic ballad full of floating percussion that’s perfect for inducing a pleasing, daydreaming sensation.

‘Do The Astral Plane’ takes the rhythmic elements from Lotus’ ‘Disco Balls’, featured on Hyperdub’s 5 compilation last year, and makes it the track many wish it had been by infusing it with a real disco and boogie vibe that has dancefloor written all over it. The most club friendly cut on Cosmogramma, it jars a little at first within the continuity of the album, yet it’s also the perfect uplifting moment, coming roughly halfway through and wedged between ‘Mmmhmmm’ and ‘Satellliiiiteee’, two more abstract, melancholic cuts.

One of the most referenced elements of Ellison’s background is his relation to the Coltrane family via his late great aunt Alice Coltrane. And Cosmogramma is the first time that he seems to explicitly embrace this jazz heritage, both in the way the album comes across in a continuous play and in tracks like ‘German Haircut’, an obvious nod to these roots with two minutes of spaced-out jazz musings, and ‘Arkestry’, which is maybe less obvious yet still touches on rhythmic and melodic jazz elements. Though given the title of that last one I’d be willing to bet that it’s a nod in Sun Ra’s direction.

Laura Darlington, wife of the dandy of rave Daedelus, a close friend and early mentor of Lotus, who was featured on Los Angeles returns here on ‘Table Tennis’, one of the album’s most arresting tracks thanks to its deft use of rebounding ping pong balls as a recurring, off tempo element among a production driven by deep bass, harp and Laura’s haunting vocals. Together with the last track, ‘Galaxy in Janaki’, it makes for a fitting ending to this astral ride.

I’ve said it twice in this review already but it bears repeating, Cosmogramma is an ambitious work. And like other similarly ambitious works it tends to leave people firmly divided. After first feeling like it was an incoherent mess, a mish mash of ideas loosely strung together, I now see a coherence to it, both musically and I guess spiritually, that makes it the perfect continuation of Lotus’ sonic explorations to date.

Condensing influences as well as advances in technology and production in the space of 45 or so minutes, Cosmogramma is a lot to take in whether or not you’re already a fan. It is an album that rewards repeated listens and which holds moments of real beauty. It’s also a ballsy statement to make for a producer like Lotus, distancing himself from the roots of his previous work without entirely ignoring them either. Personally I still think that Reset, his debut EP for Warp, stands well above all three albums, but Cosmogramma has the potential to really turn heads across the board and open Lotus’ productions, and in turn his live shows, to a whole new body of fans who may have so far been put off by the more obvious beats/electronic hip hop slant of his work. And that may well be something Lotus intended for all along.

Whether or not it’s deserving of the hype it has so far accrued is neither here nor there, but I can’t help but feel that should the promo push for it have been more subdued in its approach, it may have benefited the album, and Lotus, in the long run. That’s just my opinion though, and as always only time will tell whether Cosmogramma is the next level masterpiece some are already claiming it to be.