El-P was a vital cog in the underground hip-hop explosion of the late ‘90s/early ’00s, first working with Rawkus as a member of the seminal Company Flow group, then as label boss of Def Jux (home to Aesop Rock, Cannibal Ox, Cage, Murs and more ).

He released four solo albums in that time, most notably Fantastic Damage and I’ll Sleep When You’re Dead, but for most, El-P’s crowning achievement was producing The Cold Vein, Cannibal Ox’s only album which still sounds staggering today.

Weareallgoingtoburninhellmegamixx3 is instrumental, most of the material is new, and features unused remix beats for Kids in the Hall and Young Jeezy. It’s also the third instalment of El-P’s megamixx series – the first were limited and sold at live shows. 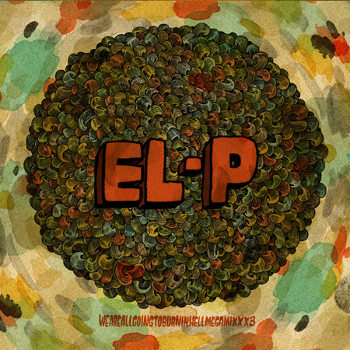