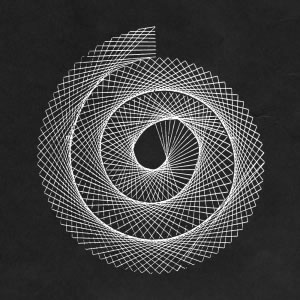 After a masterful but odd LP last year in The Dance Paradox, a record that seemed to incite either exhortations about the saviour of techno or bored and confounded sighs, Redshape’s first real post-Paradox release is a double-pack EP on his own Present imprint.  At 40 minutes, it’s almost as long as the album was, but rather than trying to repeat the fuzzy majesty of Paradox, here Redshape delivers a pack of hard-edged, club-ready tunes.

As such, listening to these six mammoth tracks in a row is tiring: a few are repetitive to the point of being grating (‘Grind’) and others stay locked in impenetrable grooves, barely developing or moving at all. Opener ‘Soylent Red’ stretches itself across eight minutes, wearing out its welcome in the process.

This EP does have some gorgeous moments, like the sticky, gooey ‘Drama’, a bass-driven track that sounds vaguely like the heartbeat of a fetus, tapping away in a sea of amniotic fluid, layers swooping in and out as the fluid level fluctuates. The best moment on Red Pack is when ‘Mucky Bones’ unfolds itself halfway through, torn open by a surging bassline, revealing all the detailed and papery layers of sounds and vocals that had previously been so tightly packed. It’s a brief, but enlightening moment. And for all my talk of stoicism, Redshape does delve into electro-leaning territory for the entertaining ‘The Lesson’ and incorporates chunky, distorted sounds into the abrasive ‘Brick Brack’, so it’s not all perfunctory.

DJs have been clamouring for these tracks, and it’s not hard to see why – Red Pack is a set of six new good-to-great tracks by a very singular, very skilled producer. Even ‘Grind’ is immaculately detailed and textured, so it’s hard to fault the sense of craftsmanship on an EP that excels in its obvious purpose, as narrow and single-minded as that might be. But if I’m sitting at home or listening on headphones, I’m far more likely to reach for one of Redshape’s previous EPs or The Dance Paradox.