This June, the Staalplaat label will release Damascus, a new double-vinyl pack of music by Muslimgauze.

Muslimgauze was a music project of Bryn Jones (1961-1999), a British producer who made music preoccupied with the Israeli-Palestian conflict, blending Middle Eastern found sound with heavy drones and noise. Influenced by Throbbing Gristle and Faust as well as traditional Japanese, Indian and Middle Eastern music, Jones started releasing music in the early 80s, usually via small labels in limited quantity. Fans of Scorn, Justin Broadrick and the industrial dubstep sound favoured by Cloaks should check out his work if they’re not already aware of it.

Since Jones’ death in ’99, his music has continued to see release, through labels previously inundated with Muslimgauze music. Damascus is a new double-vinyl pack; no idea when the material dates back to. It will be released on June 14.

Staalplaat’s myspace actually claims that it’s out now, but most shops still have it on pre-order, so there you go. 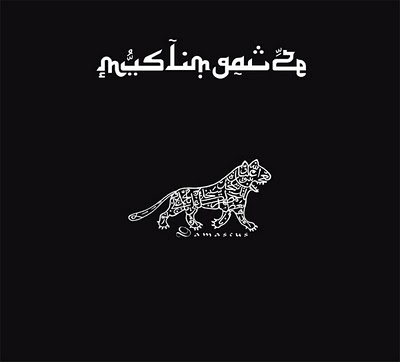 Tracklist:
1A1 Khan Younis
1A2 Cairopraktur

1B1 Kfar Chouba
1B2 Sleeping Fundamentalist