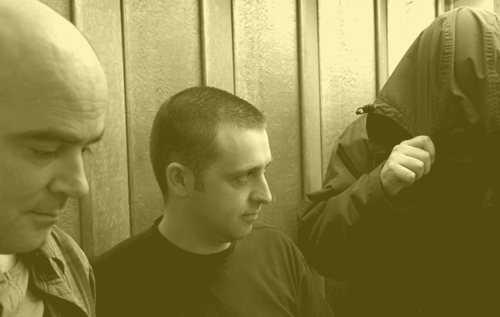 Stop me if you’ve heard this one before. What do Napalm Death (in 1987), Lynyrd Skynyrd and The Black Dog have in common?

I’ll give you a clue: Guns ‘N’ Roses can be added to the list.

The answer, as I’m sure you’ll have guessed, is that each act includes only one of their original line-up: Nicholas Bullen, Gary Rossington, Ken Downie and Axl Rose, respectively. It begs the question: When is a band not a band?

While Napalm Death’s perpetually shifting personnel was a defining characteristic of the band’s early career, the circus of collaborators Axl surrounded himself with resulted in greatly diminishing returns. I never liked Lynyrd Skynyrd much.

Since Ken Downie embarked on The Black Dog’s third incarnation with Richard and Martin Dust in 2002, they have been more productive than ever. Following 2008’s Radio Scarecrow and last year’s Further Vexations, they’ve just released an excellent new album called Music For Real Airports, and recorded a brilliant mix for FACT. I caught up with Martin to talk about the new album, the north, and the idea of a band as a kind of ephemeral concept.

“I understood that [Eno] were pitching it at a utopian vision, but for us it just seemed so out of place, like something from a sci-fi film.”

So what inspired Music For Real Airports?

“In ’79, when I first heard Music For Airports by Brian Eno, I remember reading a great article about it and it sounded so fantastic conceptually.

“I remember listening to it and being incredibly disappointed. Because of my punk background spent living and working up north I don’t think there were much realism in there. I understood that he were pitching it at a utopian vision, but for us it just seemed so out of place, like something from a sci-fi film.”

How long have you been working on the album?

“Since we started touring we’ve had mobile recorders. We’ve been capturing sounds in airports and on the way to airports with a view to using them and just been working on it in the background.

“What we try to do is, if you imagine a central fulcrum on a see-saw, take a real dystopian view of airports and take Brian Eno’s utopian view and then slightly move in between both. I think there’s a lot of joy to be had in airports, but socially and politically they’re a microcosm of what’s happening in society inasmuch that everyone surrenders their lives and pays for that privilege.”

How do you intend for that to be reflected in the music?

“I think to document the whole thing from start to finish: from the M1 to the business car park at Heathrow. A lot of the music, because we spend so much time in them, was actually written in airports using Ableton and a portable keyboard. So we wanted to make something more realistic and something that everybody could recognise.

“We played a lot of the tracks to people we know who don’t really listen to electronic music, and because it contained sounds that were familiar, it struck a chord with them. I think we wanted to make and reflect something back that was a more political reply to Brian Eno really – something that people could recognise and understand after they’ve spent nine hours under strip lights.”

“I think we wanted to make and reflect something back that was a more political reply to Brian Eno really – something that people could recognise and understand after they’ve spent nine hours under strip lights.”

What were you listening to while you were recording the album?

“Usually when we’re writing music we tend not to listen to anybody, or listen to noise artists simply because there’s no melody to get into your head. After a week of working on a track you can find that it’s somebody else’s.

“Playing in clubs really doesn’t present an opportunity to do all the music we’ve been writing, but it’s been interesting. As an artist you don’t really have much control over what you write and if you feel like writing ambient stuff then that’s what happens.”

Noise artists. Anyone in particular?

“We’ve just spent a couple of weeks listening to UK Funky, trying to make head or tail of it.”

What did you think?

“Part of me thinks: “Am I just getting really old, or does this sound like my first track on an M1?”

“I think some of the sound palettes they use, well, I’m not sure if they’re joking or not. It’s an interesting development, like dubstep. In a year and a half’s time, when everybody’s stopped copying each other it’ll be interesting.

“Two of us worked in the game industry for 15 years so we’re used to hearing really shit pad sounds and 8-bit sounds, even 2-bit sounds because we used to work on SNES and Omegas so it’s really odd that a culture that wasn’t exposed to those machines is using them now because it’s new to them.” 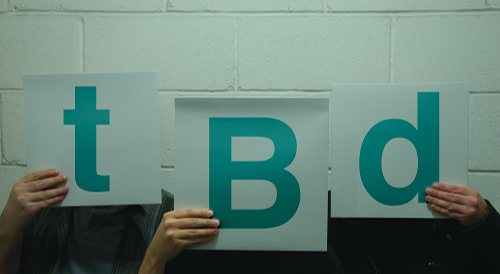 “I think there are a lot of similarities between Sheffield, Birmingham and Detroit. Work-wise and politically, everybody had their eggs in one basket: cars and steel.”

How do you guys write your material? Is it always a collaborative effort?

“Because there are three of us we generate quite a lot of music. We have a central server where we upload music and swap files and other members pick things up and put them back, documenting what they’ve put in. We also do things like putting mood boards together if nobody feels like writing anything. Selecting a sheet of images showing what a track’s about, what it’s supposed to represent.”

Is this a process that you developed recently?

“It’s kind of how we’ve always worked. We find doing mood boards or writing storylines or key words keeps everybody on track really. It just helps. It means we can pick things up and just run off with them then put them back.”

How did you come to be involved in The Black Dog?

“I’ve known Ken from the beginning. Before the Internet existed, Ken and I used to run a thing called a bulletin board, where you had a modem in your house and your computer was basically open to people dialling in and sharing stuff, swapping information, uploading and downloading.

“I’ve been in punk bands and making music since I was 12. Richard’s about 10 years younger and I met him when we worked at a company that makes computer games.

“We started talking in 2002 about making music and starting a new label up and getting back to basics really: making stuff ourselves and getting away from record labels. So that’s what we started to do and it’s been a long slow process but it’s been enjoyable.

Sheffield has an amazing reputation for electronic music, how do you account for that?

“I think a lot of it is down to environment from the 70s. I think there are a lot of similarities between Sheffield, Birmingham and Detroit. Work-wise and politically, everybody had their eggs in one basket: cars and steel. You were very aware of it, living in Sheffield.

“Even in our studio at four in the morning you can hear the steam hammers at Forgemasters dropping, so you’re very aware that you’re living on the edge of industry. The early sci fi stuff that we were exposed to like A Clockwork Orange, Forbidden Planet, even Doctor Who seemed to be always shot in a similar location to where we lived…

“A massive influence for me was Cabaret Voltaire, simply because you could walk around Sheffield, you could go to the Limit club and you could see them. You could see The Human League. I remember Cab Voltaire bringing Kraftwerk into a local nightclub. It’s always been accessible.

“There’s also nothing up here. Everybody thinks there’s lots of great clubs and there’s this big scene. There isn’t. Lots of Sheffield artists, although they do know each other, don’t work together, and don’t put club nights on. Everybody’s really friendly and it’s a good environment, but there isn’t a gang mentality to it at all. It’s really weird and it always has been.

“I think when Warp started it helped the city, although I remember going to a lot of their early nights and no-one used to turn up. I think people have got a really different picture of what Sheffield is because of the really rich history it’s got.” 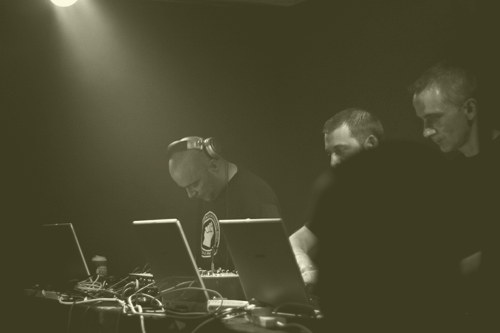 “Ken’s just gone to live on a boat so he can drop out of society even further … politically we spend most of the time being fucking furious about things.”

I wondered if you could talk a bit about being part of a band that has comprised various members over the years.

“I think it’s always been a collective that’s got an attitude that’ll turn its hand to what it wants to do. I think, although there’s been three line-ups since 1989, the personnel involved all come from similar backgrounds and all similar belief systems. That’s why it has stuck together. I think some of the working methods of previous versions didn’t necessarily help, but what we do now is just make sure everybody works together rather than people working in isolation and submitting finished tracks. I think that’s one of the problems we’ve needed to resolve with this current line-up and so far it’s worked for us.

“I think a massive love of music is the key thing. We all like different kinds of stuff. We’re all influenced by different kinds of stuff. We’re all quite politicised too: Ken’s just gone to live on a boat so he can drop out of society even further … politically we spend most of the time being fucking furious about things. And not understanding why younger generations are not writing in screeds at all their rights being taken away, from section 44 to closed-circuit TV. I don’t know where we’re gonna end up, and I don’t know how much more people will actually take before it does kick off.”

Is this something that you feel has been lost?

“When we were growing up in the 70s there were only three TV stations. Your music got fed to you on Thursdays and Sundays and that was your dose of music. I think what happened in the 90s is there’s less focus on things because there’s so much stuff out there and that’s made a massive change.

“Trying to keep people’s attention for any length of time is incredibly difficult. Before, music mythologies and stories got passed from person to person and music got passed on recommendation from peers. I think at the moment with the Internet everything’s so instant. Somebody can put something on Twitter and then within 40 minutes 100,000 people have seen it and downloaded it, consumed it then spat it out.

“I think that’s something that younger generations are adjusting to. Something’s gotta break at some point. Beatport can’t keep churning 10,000 tracks a week and expecting to do good business. It’s too fucking much. Who’s got time to listen to 10,000 tracks?”