If you’ve read FACT lately, you may have noticed that Mount Kimbie are releasing their debut album soon.

Titled Crooks & Lovers, it marks the pair’s full-length follow-up to the sublime ‘Maybes’ and ‘Sketch on Glass’ EPs, and will be released on Hotflush in July. We’re quite excited about it.

Anyway, today the tracklist and album art was revealed, and yes – Crooks & Lovers does feature a woman’s bum as the front cover, and no, it doesn’t feature any of the tracks from those aforementioned EP. Eleven tracks; all new material.

On first listen, it’s no more tailored to the dancefloor than those idiosyncratic singles, but it’s a little more accessible and melodic, with a fair bit of live instrumentation. FaltyDL, who contributed a remix to Kimbie’s last release, seems to be an influence, as does trip-hop. Not necessarily in a bad way.

Oh, and ‘Carbonated’ features rain samples, which can never be bad. 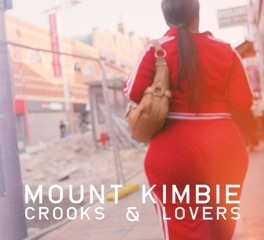