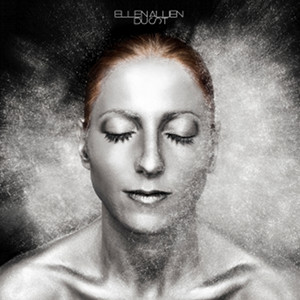 On the surface, Berlin’s techno matriarch fulfils certain expectations you may have formed around the genre’s elite: she juggles a world straddling DJ schedule with the upkeep of her highly respected and hugely successful Bpitch Control label, while somehow finding the time to preside over her own fashion collection. Yep, any more Berlin and you’re knocking back Bionade somewhere in the bowels of Berghain.

However, Allien’s own musical output is harder to pin down. A cursory listen to her back catalogue reveals an artist who’s far more complex then the Minimal-with-a-capital-M stereotypes would ever allow. Whether it’s dense abstract electronica (Stadtkind), unyielding synthetic textures (Sool) or skewed and vibrant electronic pop (Orchestra of Bubbles), she repositions the tools of techno so they sit askew, allowing her rich use of melody to flow around angles that sit slightly, deliciously off.

With this in mind, Dust is characteristic of what Allien does best. Yet where Sool felt futurist and uncompromising, Dust often feels playful and almost childlike. “Flashy flashy flashy flashy disco lights” she sings in as she duets with her pitched down vocal on, um, ‘Flashy Flashy’. While daft, the words play on the simplicity, the immediacy of techno, the endlessly cycling chords and waves of synth provoke a response that is at once infantile and unthinking and also reminiscent of being really, really high. You draw the parallels.

It’s this darkness offset with aching innocence that sets the tone of Dust. On ‘My Tree’ distorted snares find perfect union with an impish clarinet melody which for a moment sounds like it’s locking itself into a Philip Glass style minimalist groove before breaking free. ‘Huibuh’ takes tropical percussion – the go to trope for capturing a certain sunbaked breeziness – and makes the rhythms sound leaden and synthetic, summer through the filter of endless after parties and fucked body clocks. At times the light is banished altogether, as on the paranoid ‘Should We Go Home’, its shafts of processed vocal and and half remembered noises clustered over an ominous siren throb that goes on for a good six minutes before releasing its grip.

Its inexplicable then that an album that pays such tireless attention to the fine details should come so close to blowing the whole thing to pieces with the incongruous ‘You’. Its strutting chorus and fuzzy guitars suggesting the ice queen has gone indie just because, you know, she can. It’s a fun moment, and Allien’s first straight up pop song but on Dust, a record that is anything but straight up, it feels jarring. Still Dust is strong enough to withstand such mis-steps, remaining a testament not only to the intoxication of the rave, but the inherent murkiness of that intoxication that clings to you long after you’ve gone home to bed.