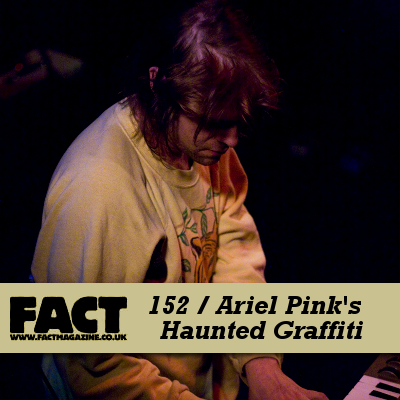 OK, there’s no Single Most Influential Musician of One Said Period. Music – and indeed, the world – doesn’t work like that. But if you were to assemble some royal pantheon of the most influencial musicians of the last ten to fifteen years, then Ariel Pink would be near the top of the pile.

Self-releasing bedroom pop records since the late ’90s, where Ariel tributed the AM radio of days gone by, layering his own samples with beat-boxed drums and vocals, he was eventually picked up on by Animal Collective, who released his classic The Doldrums on their Paw Tracks label. Suddenly, people started to pick up on Ariel’s music – most notably, the hauntology massive, who discussed, tributed and blogged about his work in depth, and the hypnagogic pop brigade (Pocahaunted, Washed Out, Ducktails, etc), upon whom he’s the single most significant influence.

While the early Ariel Pink releases were self-produced, his new album, and first for the 4AD label, Before Today (described by Ariel in a recent interview with FACT as “a combination of visions … a game of roulette”) was recorded with the full Haunted Graffiti band, mostly in the House of Blues studio with producer Sunny Levine (Quincy Jones’ grandson) and engineer Rik Pekkonen. The full Haunted Graffiti band have compiled this FACT mix along with Ariel, tracklist follows the download link.