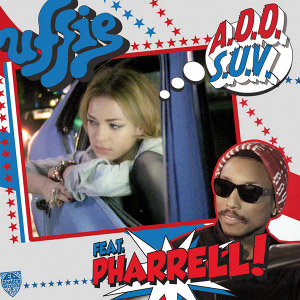 Available on: Ed Banger / Because digital

Uffie, the French MC behind Ed Banger hits ‘Pop the Glock’ and ‘Ready to Uff’ (produced by Feads and Oizo respectively, and both still great, in their own weird way) was never built for a whole album, but that’s what we’re getting with Sex Dreams and Denim Jeans, an Uffie full length released four years after those aforementioned singles.

That’s probably unfair. Uffie could – if she can keep up the sass of those singles, and counter it with some vulnerability in the amazing way that say, Robyn does – still succeed over an album. ‘ADD SUV’, the lead single from Sex Dreams, is pretty tame though. Production-wise, it’s fine – there’s touches of Justice’s ‘Stress’, with brilliantly camp synths on the chorus that would fit right into the selection on Metro Area’s Fabric CD.

Uffie actually sounds great on the chorus, but her verses are dire, talking about comedowns and Ritalin with no attitude and none of the sex factor of ‘Pop the Glock’. Pharrell turns up for a phoned in guest appearance, with none of the casual cool he’s capable of, and then the pair of them just say “ADD SUV” until it gets annoying. Oh, and then you get a Hudson Mohawke remix which sounds like a broken ‘Show Me Love’.