Born Ruffians: ‘What to Say’ 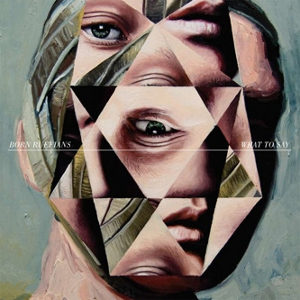 ‘Hummingbird’ by Born Ruffians was one of my favourite indie rock songs. It sounded like Joan of Arc gone crazy. What I liked about it was that ecstatic, wincing-with-glee voice. So – a new Born Ruffians single, hooray, sounds great, let’s go have fun!

Turns out he’s now miserable and shy. Who knew guys who describe girls as “hummingbirds” actually have a sensitive side? ‘What to Say’ is all about hesitation. How do you talk to someone who you love so much it terrifies you? How do I let her know she loves me? I dunno, is the answer, so I’ll go write about it.

Now, there’s nothing wrong with this. No one likes comfort blanket pop songs about being a rubbish person more than me. The lyrics are pretty good, if a little repetitive. The guitars are nice, all thin and weedy, weakly whimpering under the pining of our tragic hero. The voice is what lets it down. It sounds like Jamie Cullum gone minimal funk, and what could be worse than that? The song feels like it’s only just the right side of average by a nose. I don’t know if they’ve aspired to sound like a second rate Vampire Weekend but they’ve managed it.

All the components of a good song are here, but they don’t match up. It’s a song about nothing – literally – and it’s just too forgettable. Shame, considering their earlier stuff was so bright and noticeable.