Peverelist will release a new 12″, ‘Better Ways of Living’ / ‘Fighting Without Fighting’, on July 19 via his own Punch Drunk label. The tracks will also be available as digital downloads.

It’s Tom Ford’s first offering since late 2009’s Jarvik Mindstate, an incredible album that seems to grow in stature with every passing day. Those of you who copped the killer Peverelist FACT Mix earlier this year will probably recognise the A-side, ‘Better Ways Of Living’, with its minimalist rave vamp that summons both the heady days of hardcore and Jarvik Mindstate‘s superlative title track. B-side ‘Fighting Without Fighting’ is a more jittery, rhythmically tricky number, not dissimilar to his remix of Hyetal’s ‘Pixel Rainbow Sequence’.

No one else sounds like Peverelist, and few are capable of delivering the goods as consistently as he. A refreshingly short and fluff-free press release nails the spirit, and the matter, of the new 12″: 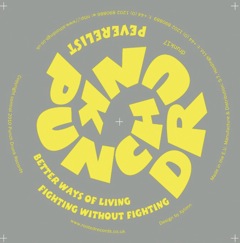 Tracklist:
A1. Better Ways of Living
B1. Fighting Without Fighting
TOP TRENDING MUSIC