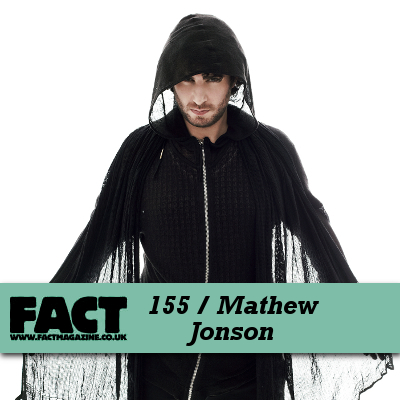 FACT mix 155 is a heart-stopping live set from Mathew Jonson.

The arrival of Jonson on the world stage nine years ago was a massive kick up the arse for techno. His first couple of 12″s were plenty impressive, but it was the singles and EPs he released over the period 2003-2005 –  including ‘Alpine Rocket’, Typerope, Behind The Mirror, Followed By Angels, ‘Love Letter To The Enemy’, Decompression, and ‘Return Of The Zombie Bikers’ – which established the Vancouver-hailing producer’s solid gold sound. Detailed but dynamic, nuanced but bolshy, with a sense of space and darkness-harnessing that to FACT’s ears has as much to do with jungle as techno, Jonson’s productions are instantly recognisable but always different from one another – from the vamping M-nus anthem ‘Decompression’ to the glacial techno noir of ‘Marionette’ via the ruffneck breakbeat of ‘Return Of The Zombie Bikers’, the now Berlin and Goa-based Jonson shifts rhythms and moods with consummate ease. Oh, and if you haven’t heard ‘Dirt Road And A Boat From Soundwave’ – his 2005 collaboration with The Mole on Kompakt – you haven’t heard shit.

Over the past five years Jonson has dedicated a lot of his time to Cobblestone Jazz, the live techno project anchored around himself and homies Tyger Dhula and Danuel Tate. Cobblestone released their second album earlier this year, The Modern Deep Left Quartet, following their debut 23 Seconds and the classic singles ‘Dump Truck’ and ‘India In Me’. He continues to tour the world with his always evolving and never less than explosive live set, and has continued to release extraordinary solo 12″s like Symphony For The Apocalypse and Ghosts In The AI. This week finally sees the release of MJ’s debut solo album, Agents of Time, an introspective, narratively complex ten-track suite that proves him to be a true electronic auteur as well a certified club-smasher. Available via his own Wagon Repair imprint, it’s essential listening.

Jonson’s FACT mix is a recently recorded live set that goes straight for the jugular, and how. It includes five previously unreleased tracks, including a special edit of the evergreen ‘Decompression’. Tough-as-nails but exquisitely layered and brain-scramblingly intricate, this is quite simply techno at its best. Download, enjoy, and turn the page for a Q&A with the man who made it for you. 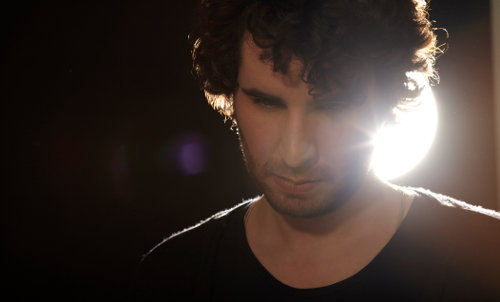 “Good, I just got back from a tour with Cobblestone Jazz in Moscow. I’ve been there three times in the last four months so it seems to becoming a regular spot for me. Such a crazy place. I’m now in Berlin getting ready for the Woodfox festival that the Cityfox guys do in Zurich.”

You’ve been a name in the house and techno community for some time, but Agents of Time is your first solo album. How come it took so long?

“Yeah, funny right? I was meaning to release a solo album at the same time as the Cobblestone Jazz 23 Seconds one but I decided it was better not to crowd the release schedule. All the tracks that were to be on that album were released as singles instead. For me it’s better to have things out there being played I guess and when techno and house is really about the DJs it’s best to give them music while its current rather than holding on to it waiting to put it all together on an album.”

Your recent work seems to be slower and more reflective than the sound associated with you in the past – what prompted this change, and was it a conscious decision?

“Actually the reason why there are so many slow tracks on Agents Of Time is because most of it is music that  I wrote for the Faust soundtrack I did with the guys from Cobblestone and also Hrdvsion.  So some of the album is actually movie music.  Also, as it’s an album I had the chance to release stuff that I would not usually put on a single these days – what with the record industry being how it is, I think 12″s should be focused on dancefloor music for DJs to play. I’ve always written slower music but most of it never had the chance to be released so I’m more known for the dancefloor side of what I do.”

How do you find working solo compared to with a group like Cobblestone Jazz? Do you prefer one or the other?

“For me it is really two different things that I enjoy but they serve different purposes for me.  My solo work is usually a means of meditation that lets me deal with my life. It could be more compared to writing a personal journal or defragmenting your hard drive. Of course there is tracks like ‘Sunday Disco Romance’ which are more fun and not like this at all, but the deeper music I make is very personal. When I work with Cobblestone Jazz it’s about having fun and also being involved in a conversation with the other artists. We still get deep sometimes but it’s different when you’re time travelling with other people. When I’m alone I can go much further into the heavens than when I am in a group.”

Tell us about the mix you’ve recorded for FACT.

“The mix is a recording from the Timewarp Festival in Germany. It was a really amazing party and the sound there is always really good. I played in between Sven Vath and Richie Hawtin so the room was really on fire with all the fans that come out to see them. I felt really lucky to be able to play for this many people.  Its such a rush!”

What else do you have in the pipeline this year?

“A lot of touring! More touring than I have ever done really because of having the Cobblestone Jazz album and my solo album coming out in June. Europe this month then Japan in July and back to Europe then Japan again in September, Mexico in October, South America in November then Europe, Australia, and then to India to relax at my house in Goa for two months. It’s nice to know I have India at the end of it all. It keeps me going knowing that at the end I will get some sleep.”