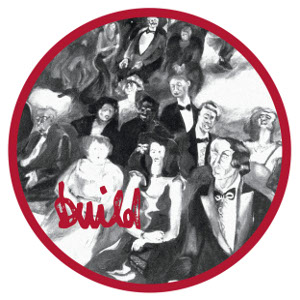 For the first release on his steadily growing Build label, Baobinga has teamed up with a pair of dubstep stalwarts for an EP of rambunctious energy. Sporting collaborations with garage/dubstep amalgamator Cosmin TRG and technicolour Bristolian Ginz, his new EP shares much with common with the past singles on Build, ‘Tongue Riddim’ and ‘Ride It’, but still feels like a natural and successful step forward for the label.

Having finished Feeling Good, Looking Nice, Smelling Right, the first album of their hip-hop-stroke-acid-crunk project The Bodysnatchers, Baobinga and Ginz reunite on ‘The Good Stank’, a swaggering piece of dubstep with a sound that sits halfway between Joker’s Purple Wow sound and the Neptunes. Considering the amount of Purple Wow rehashing about, it sounds remarkably fresh with its strutting drums and intertwining synth lines.

Both Cosmin TRG and Baobinga seem to share an affinity with the sort of frenetic drum patterns that project dancefloors into fits and seizures, so it’s no surprise that ‘I Get Ruff’ is powered along by furious percussion. Unrelenting kicks and a whole range of instruments from cowbells to claves wrap around TRG’s chopped garage vocals. There’s little else on show, but the track’s far from minimal – with its manic rhythms, unrelenting energy and truly shuddering bass, ‘Ruff’ packs an A-bomb’s worth of potential for dancefloor carnage.