Drake feat. The-Dream: ‘Shut It Down’ 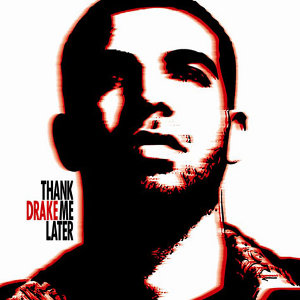 OK, so Drake’s much-feted Thank Me Later might be a little long, but apart from the occasionally dodgy lyrics (which Drake pulls off, because, you know, he’s Drake), that’s pretty much the only criticism you can make of it. This extended version of ‘Shut It Down’, clocking in at a second short of 7:00, is its magnificent, epic centrepiece that should be talked about in the same breath as The-Dream’s ‘Fancy’.

My favourite thing about Drake is when he gets caught up in his own words, rapping like he can’t control what’s coming out of his mouth. Biggie used to rap like he was driven by some primordial force; Drake obviously quite doesn’t do that, but the comparison’s there. ‘Shut It Down’ features one of those amazing moments at its climax, when Drake goes from being all composed (“shooting stars all around her / fire / comets”) to spilling out word after word (“you just shut it down girl / who told the cops where the party was / why do I feel like I found the one / what’s in these shots that you ordered us”) as the drums crash like tidal waves.

Then, as if that’s not enough, The-Dream, who already pre-empted Drake’s outburst with a bridge about concrete and ice cream, absolutely loses his shit, going mad like the camp ghetto Pavarotti he is, all spirit fingers and stars aligning. It’s amazing, and a fitting end to any song.

But then, once that’s faded out, you realise there’s still two minutes of the song to go, and Drake returns for an hushed epilogue about why you should “take that fucking dress off” and let him lay you down. I’m still catching my breath.