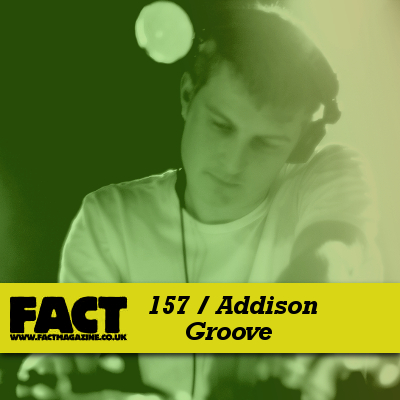 This morning’s FACT mix comes from Addison Groove, the man behind arguably the dancefloor track of the year so far in ‘Footcrab’.

Addison Groove is, in fact, an alias of Headhunter, a dubstep mainstay who’s released a multitude of singles for Tempa as well as an album for the label, Nomad. He’s been playing Chicago juke in his DJ sets for a while now, and his work as Addison Groove is where that influence is allowed to come to the forefront, with stripped down drum machine beats, acid basslines and hip-hop / booty-leaning vocals.

His FACT mix starts off in the 120-130bpm range and finishes at about 160, taking in Detroit Grand Pubahs, Mosca, Ramadanman, Rashad, DJ Spinn and Leatherface along the way. There’s also plenty of unreleased Addison Groove tracks, including ‘Footcrab VIP’.

You can catch Addison Groove, along with Insfra:mental, Luke Vibert and and more at So Not Barcelona next week. For more information and tickets, see our preview.