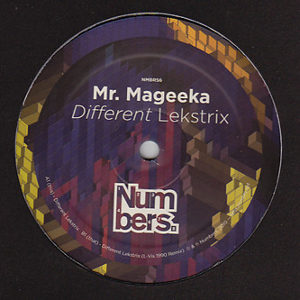 ‘Different Lekstrix’ is the definition of solid. Which is funny, because it doesn’t sound solid; it’s plastic and springy.  But I’m not sure it’s possible to make something as solid as this track, which is finally seeing a release this year through Numbers.

I don’t think ‘Lekstrix’ would ever blow someone away – not on first listen, it’s too unremarkable; too simple. But well over a year since it first emerged on Marcus Nasty’s Rinse FM show, it’s still here, still provoking that “wait, what’s this one again?” reaction when you hear it in sets. You can’t knock that sort of long-term hustle. L-Vis 1990’s shredding peak-time remix on the flip is just the ticket too.