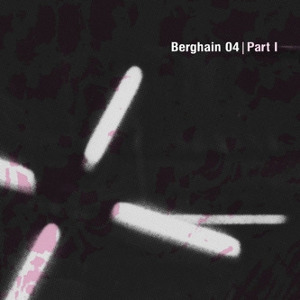 Berghain, Berlin’s iconic and infamous powerhouse of a night club, recently commissioned Ben Klock to put together their fourth mix CD. Synonymous with the club as one of its most celebrated residents, Klock’s mix includes tracks from Marcel Dettmann, Rolando and the two that make up this vinyl sampler, Martyn and Roman Lindau.

Both are solid techno work outs perhaps better suited to a club as overpowering as Berghain than a home listen. Dutch producer Martyn may have tapped into a slightly more mainstream conscience with his Fabric CD from earlier in the year, but ‘Miniluv’ sees him slink back into dance music’s sidelines with a shimmering, dusty take on techno that’s light in comparison to the tough fare found elsewhere on Berghain 04.

Berlin’s Roman Lindau, one of the head honchos of the Fachwerk record label, contributes ‘Keppra’ on the flip, a track as dark and physical as both the Berghain and the history of the city which houses it. Relentless and pounding, it’s almost frightening with its amalgamation of robotic thuds and physical grunts, slicing through your ears like a hot knife through butter. This is music to grit your teeth to when you should have gone to bed two days ago. Which, in case you’re wondering, isn’t always a bad thing.