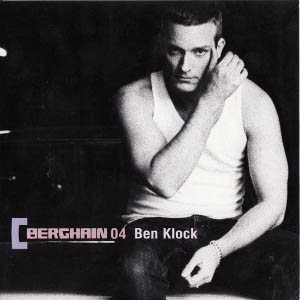 The name’s significance stretches far beyond its literal meaning – it’s more than just a club. Berghain is a sound, Berghain is, apparently a lifestyle.  I’m not writing this to add to the myth, it’s just become the reality. As international attention looms ever closer to those hallowed concrete walls, its influence balloons; I can’t tell you how many press releases this year have described their music as ‘Berghain techno’ or fitting the ‘Berghain sound’ or fit for ‘6am at Berghain’ – has it come to the point where tracks are being produced with Berghain in mind?

It’s enough to make one reflective and question the true relationship between club and reveler, how it affects clubs, and how those clubs influence music, however positively or negatively – it is club music after all, is it not? Thankfully, quelling such concerns about the homogenizing influence of Berghain (while coming out of Berghain itself) is the techno label, Ostgut-Ton, and they’re here to provide us with another entry of the mix series christened after the infamous abandoned power plant, an entry so unique and singular that it quite clearly illuminates the difference between the Berghain reality and the Berghain imitators.

At just four entries in, the series already has a remarkable reputation, with the mix CDs carrying the weighty expectations effortlessly. Each one has a distinct character; Marcel Dettmann’s (the second) is undoubtedly the most acclaimed, the surging mix of incisive techno and jacking house old and new nicely defining the club’s aesthetic for newcomers and outsiders. Indeed, it’s safe to say that Berghain 02 is a large part of what formed and forms common associations with Berghain, this writer included.  Since the release of that legendary disc (the two years feels like ages), it seems like the kind of techno so rapturously espoused in those virtual grooves has slowly taken over the scene, as labels like Kompakt (their massive distribution empire notwithstanding) and Perlon begin to lose ground and influence.

If you’re talking about cutting-edge techno in 2010, I’m sure Berghain or Ostgut-Ton is somewhere in its lineage if not the direct source. All of which makes Berghain 04 feel like such a monumental release. I know what you’re thinking: wasn’t there one before this? Len Faki’s Berghain 03, while no slouch itself, was a mix on a mission, gearing towards some obvious peaks and settling down rather unpredictably with odd selections like Burial – but it just lacked the importance of Berghain 02, as did Andre Galluzzi’s solid Berghain 01.

Any such problems of importance are quickly brushed away after the first few tracks of Berghain 04 animate themselves and chug to life. The mix doesn’t take too much time before settling into its steady metronomic pace, and one thing that immediately shrines though is Klock’s own affinity for the music; he’s no slave to the groove, he’s a slave to the sounds. Instead of recklessly blending tracks together, Klock lets each one play out for a good two or three minutes, setting a leisurely pace and allowing each track to get its rightful place in the spotlight.  An ingenious use of one of those minuscule loops German bedroom-techno wizard STL puts on the end of his EPs excepting, there’s nothing on here that could really be called a ‘tool’ – every track is fantastic in its own right. The blending is careful and more importantly natural, Klock possessing a supernatural ear for sequencing – listen to this mix enough and it’s hard to imagine these tunes without the beats rubbing up against each other, supporting each other and colliding in all the right places.

The opening stretch is a nice illustration of Klock’s diverse taste: the tense organ drama of Klock protege DVS1 dissipates into the empty chilliness of fellow Berghainer Marcel Dettmann’s remix of Junior Boys, the spare rhythmic thrust of which is caught up in a whirlwind and quickly transformed into the spiky multi-pronged attack of Martyn’s ‘Miniluv’ – it doesn’t hurt that all of these are exclusives to this mix. There are almost too many of these moments to name, though the ending section deserves a mention, traversing the dub techno of the Echologist and a typically slamming new track from James Ruskin, melting into the lovely lullaby of Ben Klock’s new ‘Elfin Flight’, which spreads out Elif Bicer’s wordless vocals like thin, streaming ribbons all across the track. The mix ends beautifully with Rolando’s ‘Junie’, as waves defeatedly break at the shore until the energy is completely depleted. Again, all exclusives; it’s even more bewildering that Klock was able to construct such a well-worn and lived-in mix from tracks that haven’t been released yet, and the fact that some of them likely never will be lends the mix a certain gravity and character to go with all that haughty, um, importance.

Just like the other entries, Berghain 04 is not completely perfect; the midsection of Jonas Kopp, ACT, and Mikhail Breen almost threatens to undermine the disc’s quirky sense of individuality — none of these tracks are particularly interesting – and the imposition of Levon Vincent’s colourful house (‘Long Life’) onto STL’s rickety loop is a little too jarring when compared to the buttery smoothness of the rest of the CD. But these are minor quibbles; this is an exciting mix that works on so many levels that it feels like it should be chiseled into stone tablets rather than bits on a disc or a hard drive.

Some will decry the lack of discernible peaks and valleys as boring or unskilled – the mix is smooth, steady sailing for the most part – but it works in the disc’s favour, wasting none of its precious time building up to or dressing down from the ‘big’ moment.  It might be pointless to some not to have that big moment of release, but when it’s one slamming track after another, complaining seems pointless. Any way you look at it, Ben Klock’s Berghain 04 is a fearless, maybe even risky mix that succeeds more often than it fails; supposedly ‘purist’ techno rarely feels more monumental or more diverse than this. Perhaps what’s most fascinating is how Klock deconstructs purism, detachedly examining its innards and constituent parts, before putting it back together with all that dreaded impure colour and variety: and on Berghain 04, all of this unfolds right in front of you.