This month Terror Danjah will release a single on Hyperdub, ‘Bruzin VIP’/’Hysteria’, heralding a new album for the label.

The London-based grime producer has been making distinctively colourful, synthesizer-heavy tracks since the early noughties, minting a sound that has proven hugely influential – consciously or otherwise – on the “purple” dubstep sound of Joker, Gemmy and Guido. Hyperdub boss Kode9 has been vocal in his recognition of TD impact on his label and his continued relevance as a producer, earlier this year signing and releasing the ‘Acid’/’Pro Plus’ 12″.

Having had his early work anthologised on last year’s Planet Mu compilation Gremlinz (The Instrumentals 2003-2009), Terror Danjah is now focussed on crafting new material. Hyperdub have confirmed that they’ll be releasing an album from him, most likely this year, but details of this have yet to be revealed.

So what of the single? ‘Bruzin VIP’ is a stuttering re-edit of ‘Bruzin’, a solid, Danjah-produced grime track which was originally released on After Shock back in ’04; the keen-eared will have already clocked it on Kode9’s recent DJ-Kicks mix. ‘Hysteria’ is a co-production with Danjah’s long-time collaborator DOK, replete with G-funk synths and, in Hyperdub’s own words, “what sounds like a vocal stolen from an early Nintendo game.” The full 12″ cover art is below. 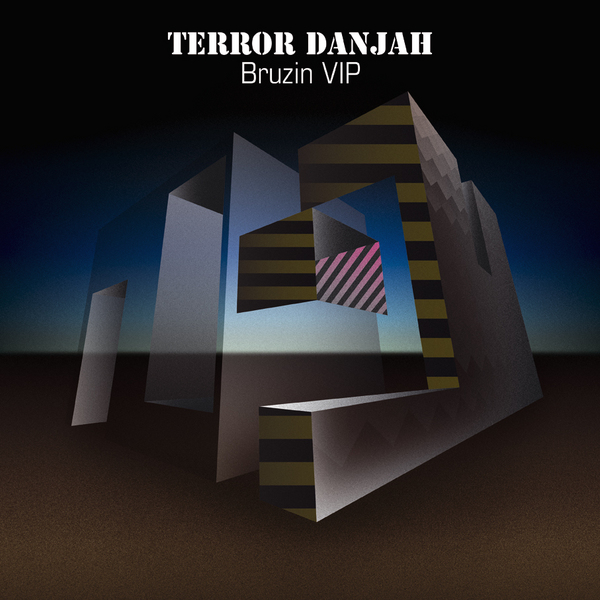