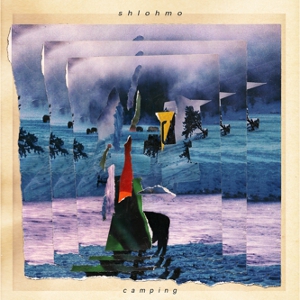 Californian producers Baths and Shlohmo seem to be making a name for themselves operating in the space between the Flying Lotus brand of hip-hop and the filter-heavy pop of chillwave. Here Shlohmo follows his Shlomoshun Deluxe album from January with a seven-track EP that nods to Boards of Canada, Blockhead and more.

‘Naps’ opens the EP in appropriately dreamy fashion, the initial chords tricking you into expecting sleepy-eyed house in the fashion of Floating Points or Lone’s ‘Once in a While’ before the track settles into a slow-paced groove. Or so it seems: with a minute to go, we get a sample about a party downstairs, and ‘Naps’ flips, keeping the same rhythm but ditching the filters for a grimier, subterranean feel where the drums can actually bang.

‘Birthday Beat’ is more playful, twinkling notes fading in and out of a shuffling groove. Like ‘Naps’, for the last thirty seconds that mist of filters is lifted so that you can hear the drums exposed – and they sound good. They’re cluttered to the point of almost falling over each other, but it works, creating a weird almost-double time effect, and you wonder whether the tracks would benefit from them being more prominent the whole time.

And voila, on ‘Tomato Smash’ they are, starting off distant and industrial, but then snapping into life like rusty pistons finally finding a rhythm amongst the track’s growling bassline and euphorically squealing 8-bit synths. The drums remain exposed on ‘Sippy Cup’, but they’re fragile this time, creating a music box-esque melody while vocals moan in the distance. They’d sound demonic if the whole thing wasn’t so pretty.

Camping’s last three tracks are remixes by Shigeto, Asura and Baths, and appropriately it’s the latter who puts in the best performance, taking Shlomoshun’s brittle ‘Post Atmosphere’ and adding a ton of extra crunch, creating the perfect balance between eyes down head-nodding and eyes up star-gazing. Excellent stuff, and definitely not boring.