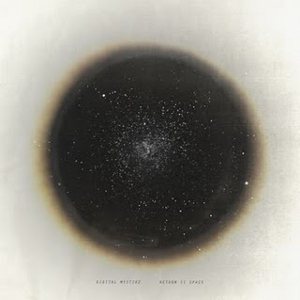 After much speculation and waiting from the public and media alike Mala, one half of Digital Mystikz, co-founder of the DMZ label and club night, pioneer (willingly or not) of the dubstep sound and one of the most charismatic if enigmatic figures of the scene, has released Return II Space: six tracks spread over three vinyl records which, so far, makes up the closest thing to a Mala album we’re going to get. After six years of releases, by himself and alongside Coki as Digi Mystikz, the wait for an elusive Mala album or, as is the case here, a collection of unreleased dubplates has definitely been worth it. Frankly I don’t think I’ve been this excited about a dubstep-related release since Kode9’s debut album 4 years ago. And I use the word dubstep-related lightly in both cases. Like Kode and others, Mala makes incredibly deep and mesmerising music which for the sake of writing and discussing is labelled as dubstep but transcends genre boundaries and presets effortlessly.

From the first bars of ‘Unexpected’’s melody Mala has you hooked; feet and body moving and your head locked in an irresistible nod. ‘Unexpected’ is probably the most uplifting track of the lot with Mala’s trademark drum shuffle carrying as much energy as the more classic 2step patterns backed by a warm, deep sub-bass and the catchiest melody. On the flip is ‘Pop Pop Epic’, a track that contrasts starkly with the happy mood of ‘Unexpected’. Its repetitive “souljah” chants combined with a mesmerising and pounding rhythm track and ominous synth melodies make it the perfect example of Mala’s ability to produce deep, engaging tracks using simple elements and combinations. Much like the decor at DMZ’s club night, there aren’t many frills but the impact it makes is bigger than you’d imagine.

The second plate opens with ‘Eyez’, easily one of Mala’s most awaited and acclaimed recent productions and the sonic definition of eyes-down skanking. Once more built on a simple and steady rhythmic and sub-bass foundation, its wobbled melody is every bit as catchy as Coki and Benga’s ‘Night’ was, albeit with less chart potential. Alternating this with swooping, atmospheric pads Mala once more takes you deep into his own world, leaving you unable to do little else than bounce to the rhythm. On the flip is my personal favourite, ‘Mountain Dread March’, a track many first heard in 2008 on Skream’s Watch The Ride mix CD. The longest track of the six, clocking in at over seven minutes, it’s a truly epic production evoking the same hypnotic and trance-like states as the best minimal techno or deep house. I remember the first time I heard it on a big system I literally lost myself in the music, absorbed by the percussion and driving rhythm. And it pays to stick with it till the end: the last part of the track is by its best, with all the various elements that have appeared throughout coming together as one for a last push. Epic is the word.

‘Livin’ Different’ opens the last plate, again utilising the kind of opening melody that make so many Mala tracks instantly recognisable. He combines it with a deep sub melody, claps and delays to create another irresistible production designed to take you deep into yourself and do what the DMZ flyers have proclaimed since day one: meditate on bass weight. The track’s second half sees the lead melody flipped while the claps and sub continue to drive it forward. ‘Return II Space’ concludes the journey, opening with an ominous drone before double time hi-hats herald the drop; Mala unleashing a driving, relentlessly marching rhythm track. Like ‘Mountain Dread March’, ‘Return II Space’ has a hypnotic quality that bears resemblance to techno but is flipped, using dub techniques to great effect. Police sirens, echoed dub sirens and more float in and out of hearing perception as the track continues, dropping various elements at just past the halfway point before bringing them all back and letting the skank continue.

It’s fair to say that resisting the urge to bust some eyes down skanking is going to prove difficult for many when hearing those tracks – I’ve already had a fair few strange looks on public transport. Return II Space is a great collection of unreleased music from a man whose output has been less than some might have hoped in recent years, myself included, but who obviously understands the benefits of quality over quantity. Mala’s music is among the most powerful and evocative in this or any scene, best enjoyed on a big system yet still capable of making an impact on headphones, bringing with it flashbacks of nights lost in the bass bins. Return II Space is a journey that anyone with even a remote interest in dubstep and its original potential for eclecticism should take.