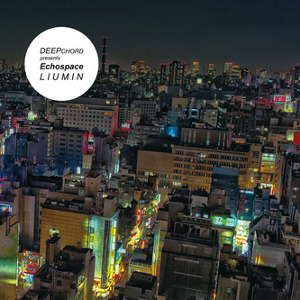 Dub-techno in 2010: there’s still something so inherently appealing about beats buried in innumerable layers of ancient dust and time-induced decay. But the intentionally obfuscated aesthetic is perhaps self-defeating: there are dozens of releases every single week, lazily produced and generically titled, using the same set of filters and burying the music under so many layers that it all starts to sound the same.

There are always releases that stand out though, and even if much of dub-techno has become a wasteland of copycat production and lazy functionalism, the harvest of a good crop is incredibly lucrative. The Detroit duo of Deepchord and Echospace’s much drooled over debut album Coldest Season was one of the most important and emotionally affecting dub-techno releases in history, an album that took a Herculean amount of effort to complete but was mammoth enough in both conceptual scope and sound to justify it all.  The album has aged well in the last three years, and surprisingly enough, 2010 brings a follow-up in the form of Liumin. But after Coldest Season seemed to exhaust everything one could have wanted to say with this kind of prehistoric take on dub-techno, does there really need to be one?

This is a question that nags and nags for the entirety of Liumin; it’s the unfortunate combination of more of the same, only less distinctive. The album is so dependent on its extramusical context to make it interesting that it almost forgets to actually sound interesting: the beats on Liumin are laden with field recordings from Japan, a neat twist on the dub-techno formula of artificial obscuration. But what this really amounts to is simply added snippets of conversation, as nothing else signifies that these are special field recordings rather than your regular old computer-generated ambience. There’s nothing particularly Japanese about these sounds either, from what I can tell, and the album’s icy swell is a far cry from the twilight metropolis that adorns its art.

If Liumin is less interesting than its predecessor, it flows better as an album: a seventy-minute-long piece that requires admirable patience if you’re not accustomed to getting lost in the groove.  As such, there are few standout moments, the entire LP merely pleasant with occasional marks of brilliance. These are primarily the rolling thunder of early cut ‘Summer Haze’, which could be the staggering of some gigantic mythological creature were its movements not so fluid and quick, and centrepiece ‘BCN Dub’.  The track stakes itself right in the middle of the album and is the only part that really lives up to the field-recording shtick: perhaps the most beat-driven track on the LP, it sounds like an archival recording of some exotic foreign festival, with snatches of strange music floating in and out over top of the bellowing dubby beat.

I can’t fault Liumin for being a completely solid release, but I can fault it for failing to transcend (or perhaps even achieve) its immediate purpose. Maybe it’s just the implications of Coldest Season, but Liumin had a lot to live up to and what we’ve been given here is shockingly regressive, even minor in comparison; it’s one of those releases that’s far more interesting to read about than actually hear, with its central gimmick not even completely audible.  Forget you’ve heard anything else by this duo and it’s still some of the most well-executed dub techno you could expect to hear in 2010, mastered beautifully and packed to the brim with solid, overwhelming sound.  What’s most impressive is how these tracks seem to twist and contort with their entire masses, the only sense of discrete strands or layers coming from the monolithic grinding of the invisible plates that separate the polyrhythms.  But well-executed doesn’t always equal amazing, and after The Coldest Season, amazing is what Deepchord Presents Echospace had to deliver.