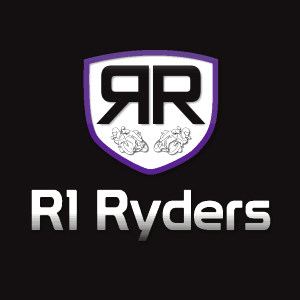 If – donk aside – the last decade’s three most successful strands of post-garage UK dance music were grime, dubstep and funky, then R1 Ryders, who make music at almost the precise meeting point of all three, should have it made.

R1 Ryders’ tunes are streetwise, tough and designed for MCs while being perfectly capable in their own right, like the best grime. They have twisted, tightened synths and alien oscillations that are deeply – powerfully – screwed up, like say, Coki’s tunes when he still sounded fresh. But they also have light-footed, skipping house drums that make them a mile off being moody dance music for boring men. This is music that ignites dancefloors regardless of gender – see them live if you don’t believe me.

Full Throttle is the pair’s long-delayed second EP, after last year’s Rubberband. The strongest track here, ‘Hydraulic’ may have lost some of its initial impact – DJs have been playing it since the start of the year – but it’s still the perfect example of the R1 Ryders manifesto, quicksilver drums pedaling a monstrous, elastic synthline, punctuated by brilliant little ‘gasp’ samples. Both versions of ‘Karnifour’ are secret weapons too – deceptively bassy, snaking tracks.

Connections are often made between Detroit’s techno legacy and its automobile industry, and in their own way, R1 Ryders are manifesting something similar in West London – this is driven, petrol-scented motorbike music made by, quite literally, Yamaha R1 riders. Get on board.