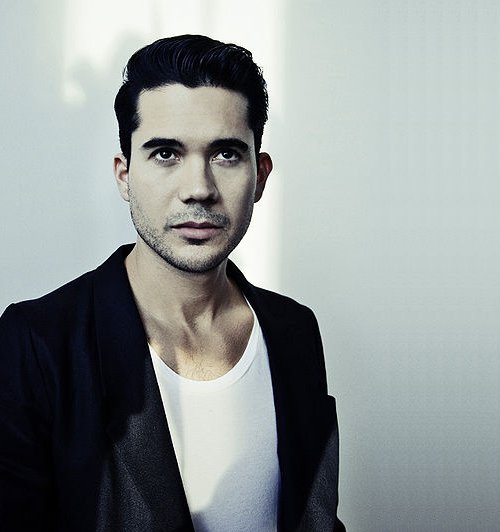 We’re delighted to be able to present an exclusive stream of Matthew Dear‘s new album, Black City, in its entirety.

According to a press release, this particular Black City “can’t be found on any map. It’s a composite, an imaginary metropolis peopled by desperate cases, lovelorn souls, and amoral motives.” Really? Sounds like they’re describing Doncaster.

Black City is the follow-up to Dear’s masterful 2007 set Asa Breed, one of FACT’s albums of that year and an instant avant-pop classic that – unlike so many similarly vaunted records – has actually stood the test of time. While the album which preceded it, Leave Luck To Heaven, was a charming and highly creditable affair, spawning the immortal ‘Dog Days’ single, Asa Breed was undeniably next-level – the sound of an artist maturing and really finding his voice.

Of course Dear’s solo albums under his own name are but one facet of his illustrious career in music. Minimal fans will know him for his Jabberjaw and False releases on labels including M-nus and Perlon, while his Audion project – which gave rise to all-time dancefloor killer ‘Mouth To Mouth’  – is an outlet for his more full-bodied, exuberant techno machinations. A superlative DJ, he’s compiled mixes for both Fabric and Get Physical’s esteemed series, and lent his remixing skills to the likes of The xx, Hot Chip and Charlotte Gainsbourg; last but by no means least, he co-founded the Ghostly International and Spectral Sound imprints via which he releases arguably his most vital work.

And so to Black City: Dear’s most coherent and compelling album to date. It feels like every inch the sequel to Asa Breed, but that album’s romantic wonder and bleary-eyed self-inspection has given way to an altogether more worldly, knowing and even paranoid sensibility. Doubtless Dear’s relocation New York has begun to leave its mark on his art.

Though there’s a palpable darkness to Black City (the name’s a bit of a giveaway there), Dear displays a typical lightness of touch throughout – gothic, jazz-tinged opener ‘Honey’ sounds like a more limbre, luminous Tuxedomoon; ‘I Can’t Feel’ and ‘You Put A Smell On Me’ offset harsh industrial elements with a kind wriggly funk derived from Talking Heads, Arto Lindsay et al. Sublime pop moments abound – twilight electro cut  ‘Slowdance’ and the beatless ballad ‘Gem’ are particuarly ravishing – but what’s truly remarkable about Black City is its uncompromising weirdness and its depth. This is the sound of an artist resolutely not resting on his laurels, endeavouring to create something that will surprise and challenge not just his audience, but also himself. In an era where the genuinely adventurous and self-possessed pop artist feels like an endangered species, if not outright extinct, Matthew Dear and his Black City ought to be held up and cherished.

Black City is due out on August 16 As well as the usual formats, it will also be released in a limited edition Totem design made by an award winning design firm Boym, who won the Cooper Hewitt Design Museum’s National Design Award in 2009.

The below stream will be available for one week. US readers can pre-order Black City now at Ghostly International’s store; UK readers at Rough Trade. Or buy it on iTunes.