FACT and LuckyMe team up for Edinburgh Festival

FACT, LuckyMe, Urban Outfitters and more are teaming up for a massive show on Friday, August 13 as part of Edinburgh’s Fringe Festival.

For a mere five pounds entry price, you’ll get live sets from Warp-signed hip-hop wonder Hudson Mohawke [above], Olivier Daysoul, LuckyMe leaders The Blessings and Jackmaster, one of the DJs behind the Numbers label that you all already know and love.

There will be no advance tickets and no guest list – it’s first come, first served on the door, and takes place at Cabaret Voltaire, 36 Blair Street. You can find full Facebook details here.

The LuckyMe crew will also be DJing at Urban Outfitters, Princes Street throughout Saturday August 7 to promote the night. You should probably head in and hassle them. 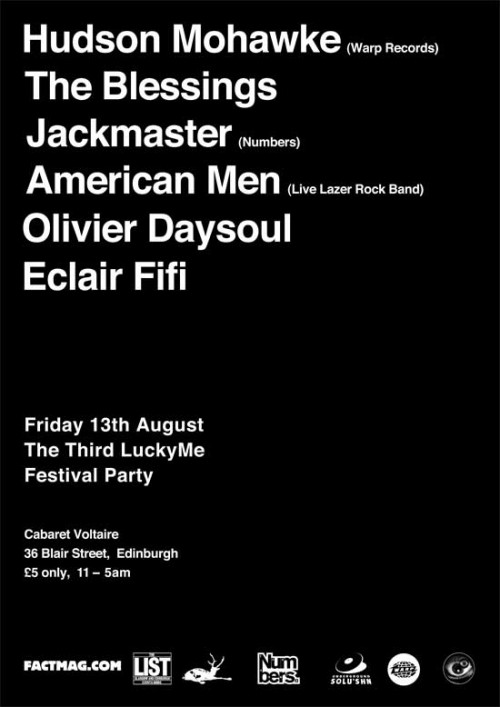