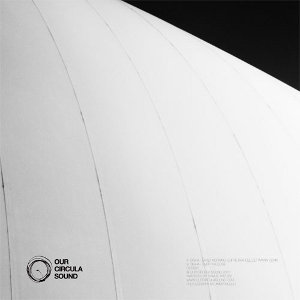 Available on: Our Circula Sound 12″

What does the world need? Another techno label. At least that’s what London’s Sigha thinks.  Known for his gossamer thin excursions on dubstep-ish label Hotflush, it’s difficult to understand why he thought adding yet another label, his own Our Circula Sound, to the fray is at all necessary. It does become a bit clearer though upon actually hearing OCS’s first release, both in its remarkable strength and the sudden about face in Sigha’s sound.

Maybe it’s just increased time spent in Berlin, but it seems like Sigha’s techno is trading in disorientation for something simpler; namely, power. Where his productions once flickered in wispy atmospheres, there’s a distinct embellishment of the low-end in ‘Over the Edge’, as the prickly bass threatens to steal the spotlight. The track drives forward in a way that floaty cuts of Sigha’s past never did, but far from simply copying his peers in Berlin, Sigha exhibits these influences in the same wide open sphere of containment that he’s been using since day one. Swelling and shrinking wildly with no concern for structure or predictability, ‘Over the Edge’ seems to haphazardly introduce and remove elements, setting them loose to bounce around within the barely visible borders of the track like atoms in a molecule.

As if showing off, Our Circula Sound’s debut release features a Marcel Dettmann remix, and for better or worse it sounds like the logical offspring of Dettmann and Sigha. Maintaining the feeling of stunted and looped motion from Dettmann’s recent album, it takes that approach and shoves it right into Sigha’s wide open spaces. Rather than some psychedelic trip, funkiness ensues as Dettmann brings in a surprisingly loose riff that seems to silkily roll off of itself into its next iteration. The track’s backbone proves quite warm-blooded compared to Dettmann’s usual iciness, no doubt attributable to Sigha’s lingering influence After all this, maybe Sigha did need to start his own label after all; it seems like he’s found yet another strain of techno to tap into.