Mark McGuire, guitarist with Emeralds, will release a new solo album on October 1.

A press release describes the album, which is entitled Living With Yourself, as an autobiographical work, “focusing on [McGuire’s] family, early friendships and the problems that inevitably develop through years of knowing someone”. Certainly this seems to be a set concerned with memory: photos from what we take to be McGuire’s childhood feature in the cover art, while ‘Around The Old Neighbourhood’, ‘Clear The Cobwebs’ and ‘The Vast Structure of Recollection’ (a reference to Proust’s madelines) are among the track titles.

McGuire has made a number of solo albums in the past, but in the main these have been issued in very limited quantities. Significantly, Living With Yourself, like Emeralds’ most recent album Does It Look Like I’m Here?, has been signed to Peter Rehberg’s Vienna-based Editions Mego label, which has pledged to press enough CD and LP copies to meet demand.

The core of Living With Yourself was recorded in Cleveland and Westlake, Ohio in 2009, but McGuire also makes use of tape samples recorded in the years 1991-1998. The album was mastered by James Plotkin, and the vinyl cut at Berlin’s Dubplates + Mastering. More info and pre-orders here.

Mego will also reissue McGuire’s ‘Marfa Lights’ in the near future; more details to come. 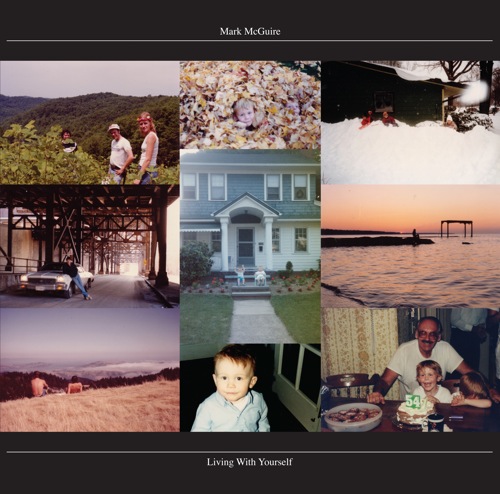