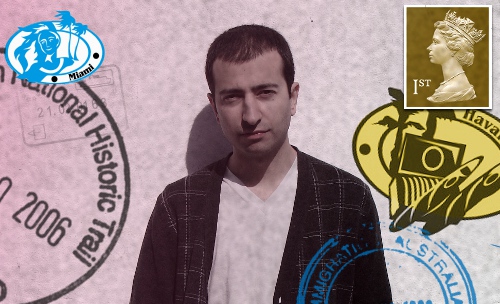 Oriol makes music that feels refreshingly free of contextual obligation or implication, yet it also feels so very now in its feeling, execution, and most importantly of all, sound.

His debut album, Night and Day is a tour of some made-up tropical resort, complete with fake palm trees, overcrowded saunas and manmade lakes, and its intrinsically funky energy is so warm and contagious that not getting pulled into the hot tub by the churning whirlpool at its centre is rather difficult.

With a diverse geographical history, moving from Barcelona to London to Boston (for a musical education) and back to the UK, his sound reflects all of these locales quite clearly. There’s a studied, exacting quality to his music, something very professional – and the percussion is nearly virtuosic.  But there’s also something that very loosely ties him to his compatriots in the UK – and whether or not this is actually tangible or just the result of common knowledge regarding his history of working alongside Floating Points at CD-R or being remixed by FaltyDL and Shortstuff doesn’t really matter, because the music quells any concerns about classification or context.

In my review of the album, I hesitantly framed it in the wake of the nascent (or perhaps even already dead) “chillwave” movement, based mostly in North America. It would be difficult, maybe impossible, to properly align Oriol with this trend, but the aesthetic similarities remain hard to deny, which is why his debut LP comes at such a perfect time. His nostalgic funk sound rubs up against contemporary producers like Toro Y Moi quite favourably, and having all those ostensible competitors and peers means that his brisk professionalism and musical ability is highlighted and enhanced in harsh relief against the amateurish din of, er, chillwave.

One of Planet Mu’s newest signings, part of an impressive wave also including Chicago footwurk weirdo DJ Nate, FACT spoke to Oriol over a series of emails to find out more. 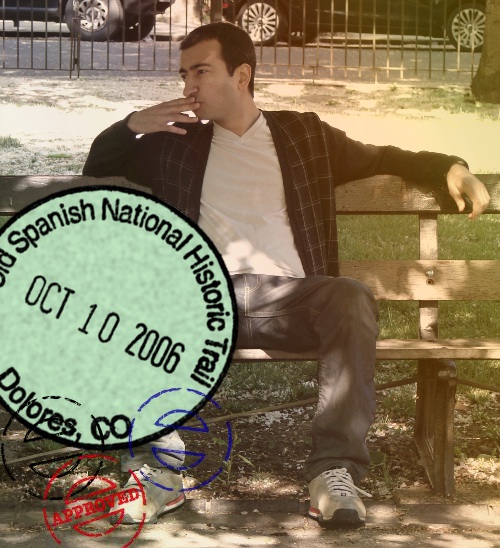 “I’m Oriol, I’m from a lot of places, but I grew up and live in the UK. I make music, play saxophone, and teach saxophone.”

“It’s my name. Words aren’t my forte and every time I tried to think of a name for myself it sounded contrived, so I used the name my parents gave me.”

Do you feel like being born in Barcelona had any tangible effect on your sound?  When did you move to the UK?

“I was a few months old. It’s the UK that has had a tangible effect on my sound. Barcelona and Trinidad (where my dad is from) maybe had an intangible effect on my sound. Both of those places are inspiring places to be – ‘Coconut Coast’ is about a beach on the east coast of Trinidad, Manzanilla, which they say is lined by one million coconut trees.”

What about your time in Boston? What did you do there, study there, and so forth, and how did it affect you?

“I think when you’re in a 24/7 musical environment it helps you to hear music in a way you didn’t before – I just got really into music.  My ears were lacking before I went to school but now it helps that I can hear a melody and play it or hear a chord sequence and be able to transcribe it.” 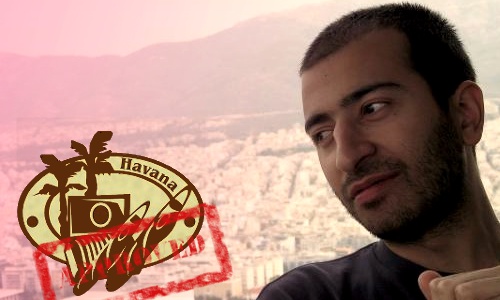 “I used to mess with my dad’s turntable when I was three, busted a few styluses trying to play Dire Straights records or something like that.”

When did you start making music?

“I used to mess with my dad’s turntable when I was three, busted a few styluses trying to play Dire Straights records or something like that. But I got more into music when I started playing the saxophone, when I was eleven.  A couple of years later someone played me some Coltrane – I loved it. I worked a paper round to buy jazz records. Hype and Randall mixtapes used to supplement my record collection, which was comprised only of Coltrane CDs.”

When did it turn into anything like the music you make right now?

“After I graduated music school I put the saxophone down for a while, locked myself in a room with a computer, and got to work. It’s evolved but in a lot of ways it still sounds the same.”

How was the CDR club and playing alongside Floating Points?  Do you feel an affinity with him and the Eglo crew?

“Yeah, they’re great. I don’t know them well but their music is phenomenal, they’re doing it for the right reasons – it feels pure. CDR was big for me, especially when I first started going – I highly recommend it to any young producer.”

How did you start working with Planet Mu?  Did you approach them or vice versa?

“I sent a few demos out, Marcus Scott played it to Mike Paradinas who liked it.”

How would you describe your music?  In terms of tempo and structure it doesn’t seem to fit any one conceivable genre.

“I think when people come up through a scene or culture, then they have an authentic connection to their scene or genre, but I never had that – I grew up in Cambridge and then went to Boston. I felt like I should just do my own thing.   To be honest I don’t think about genres — music is music.”

How do you think it fits in with the current (predominantly UK) bass scene, given that your single contains remixes from FaltyDL, Mike P, and Shortstuff?

What are some of your major influences, and the touchstones that affect your music?

“As a saxophone player I used to transcribe Coltrane, Rollins solos, and all that, so those influences were direct.  But with the music I make now it’s different. I’ve paid my dues, I’ve studied and I’m not into that anymore – I don’t mean to say that I’m not affected by what I hear but I’m trying to let my own ideas come to the fore.” 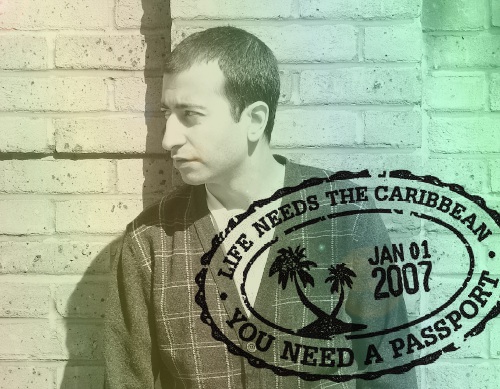 “As a saxophone player I used to transcribe Coltrane, Rollins solos, and all that, so those influences were direct.”

One thing I notice about your music is the prevalence of percussion and rhythm, with perhaps more emphasis on these things than in your ostensible influences — where does this come from?

Your music evokes a very nostalgic feeling; is this intentional?

“There’s a certain vibe that I like. It’s hard to describe; I don’t hear it as nostalgia but maybe that’s how it comes out.  That’s what’s interesting though — everyone hears everything differently.”

How do you make your tracks? Hardware, software, etc.

“Logic 9.  It’s mainly software – musically it doesn’t really matter what you use. Sonically it’s a different story I guess.  To be honest, I don’t really rate myself as a ‘producer – I’m not that technologically aware – I want to get better though.”

Do you feel any affinity with the ‘chillwave’ movement coming mostly out of the US?  It’s that feeling of nostalgia again, that possibly connects you and them.

How did the album come together, and how long have you been working on it?  Were the songs all produced with the intention of being on an album together?

“The album is old and new. A couple of those tracks are 5 years old. I was planning an EP, but the album came together over the last few months with Mike Paradinas’ help.”

The title Night and Day – where did it come from?

“I wanted to convey the two different sides to the music as I see it. To me, some of the music had a darker edge, and some of it lighter. It’s a really simple analogy. I like titles, but the substance is in the sound and not the words. I hope.”

‘Memories’ stands out because of the apparent focus on vocals — is this a direction you’ll be moving in for the future or is it just a one-off?

“Yeah, it’s something I want to work on.”

Would you consider working with another label at this point or is it Planet Mu all the way?

“Haven’t thought about it, really. I’m open to whatever, but Planet Mu have been great. Their philosophy is right – Mike just puts out music that he likes.”

Who are some current producers or groups who really get you excited? Is there anyone you’re dying to work with?

“Producers: Flying Lotus, Floating Points, SBTRKT, FaltyDL. I’m going to work with some vocalists next, and maybe get some friends to play some live stuff on some tunes with me – it would be good to be playing again.”

What’s in the cards for the future of Oriol?

“I don’t know – I’m just glad to have the opportunity to do what I’ve always wanted to do.”